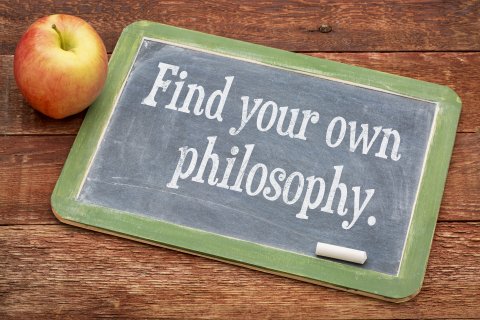 Starting from 2002, World Philosophy Day is celebrated every third Thursday of November, as proclaimed by UNESCO. By now, over 70 countries have joined the tradition of celebrating this day, and Russia is among them as well.

November 13-18, 2017 the Department of Philosophy of the SUSU Institute of Social Sciences and Humanities will continue fulfilling the innovation project of celebrating World Philosophy Day, which was launched last year, and in which all those willing – students, postgraduates, Master Degree students, and the University professors ‑ can take part. In order to realize the unified strategic and scientific orientation of the Department under Project 5-100, it was decided to choose the theme of “Practicing Philosophy” for this celebration at SUSU since it is a topical international field of philosophical research.

This year’s event theme is “Ural Days of Philosophy: Practicing Philosophy as a Way of Taking Care about the World and Yourself”. The Days are aiming at not just providing the audience with information about practicing philosophy as a special field of philosophical knowledge, but also presenting it as a practical way of working on your inner world.

On November 13th a plenary meeting on the “Institutionalization of Practicing Philosophy” will be held at Sigma Conference Hall. All the variety of forms and methods of practicing philosophy existing in the contemporary philosophical science will be presented at this meeting, as well as the ways of its becoming an independent field of philosophical knowledge. In the afternoon an Interdisciplinary Round Table “Ecology of Conscience: Humanities Milestones of the 21st Century” will be held, where representatives of various fields of science will try to come up with some points of contact in studies of human being and society.

On November 15th an open lecture “Science Repose” will be held at the SUSU’s cinema theatre, at which the audience will be able to learn about philosophy in a now popular form of “scientific repose”. In their interactive speeches accompanied by audios, videos and films the professors of the SUSU’s Department of Philosophy and the invited lecturers will describe the variants of cases when people can “meet” philosophy in everyday life, as well as explain how philosophy can help you find your place in this world.

November 13th through 18th a poster presentation “Practicing Philosophy as Both Practical and Theoretical Knowledge” will be held in the SUSU’s main building (3rd floor). It will provide information on the field’s history, its topical issues, prospects and trends of development, as well as describe the most recent events of the Department regarding this field.

Also, master classes by the professors of the Department of Philosophy and the invited guests will be offered.

We invite the students, postgraduates and professors, as well as all those interested in the contemporary trends of philosophical knowledge, to take active part in celebrating of World Philosophy Day.