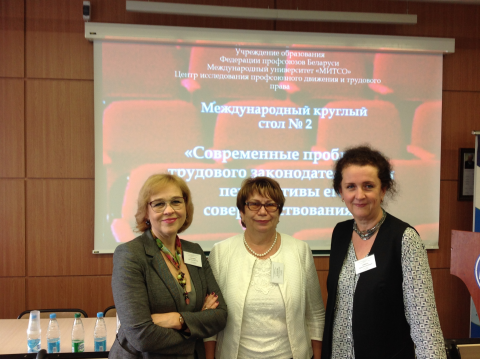 The Head of the Department of Labour and Social Law and Legal Studies of the SUSU’s Institute of Law Galiya Shafikova took part in the 1st International Applied Science Conference “Establishment and Evolvement of Labour and Social Security Legislation: History, Present Day and Prospects” held at the International University “MITSO”. The SUSU Professor Kirill Tomashevskiy also participated in this conference. This international conference was organized as part of the “Labour Law Week” held in Minsk (Belarus) October 26th through 28th, 2017.

Among the conference participants were professors and heads of departments from the leading universities of Germany (Munich), Estonia (Tartu), Ukraine (universities of Kiev), the Republic of Kazakhstan (which among others was also represented by practitioners), Russia (School of Economics, Kutafin Moscow State Law University (MSAL),Lomonosov Moscow State University, Saint Petersburg University, representatives of the Constitutional Court,Academy of Labour and Social Relations, Institute of State and Law of the Russian Academy of Sciences, P.G. Demidov Yaroslavl State University and others).

It is worth mentioning that this International Applied Science Conference was organized very well. The first day started with an exhibition of scientific, education literature and periodicals on labour and social law (a well-equipped and rich library and reading hall were demonstrated). In the afternoon a meeting of the scientific group on labour law was held, in which besides the guests, the “MITSO” professors took part. Thus, the level of research-and-development work of students was demonstrated to the professors of other universities.

The second day was devoted to a series of open lectures by the leading foreign scientists on labour law and social security law: Doctor, Professor of Social Law at the University of Tartu (Estonia) Gaabriel Tavits, Doctor of Sciences (Law), Professor, Head of the Department of Labour Law at Lomonosov Moscow State University (Russia) Alexander Kurennoi, Research Assistant of the Institute for Social Law and Social Policy at the Max Planck Society(Munich, Germany) Olga Chesalina, and others.

After the plenary meeting, where most interesting presentations were delivered by the Professor of Labour Law at Lomonosov Moscow State University, member of the Expert Committee for Implementation of Conventions and Recommendations by the International Labour Organization Elena Machulskaya, Doctor of Sciences (Law),Professor of the Ukrainian Institute of State and Law Mikhail Shumilo and others, the work continued under 3 sections:

Though every section comprised many speakers, the moderators upon the request by the conference participants did not limit the discussion time, so work lasted till late evening. 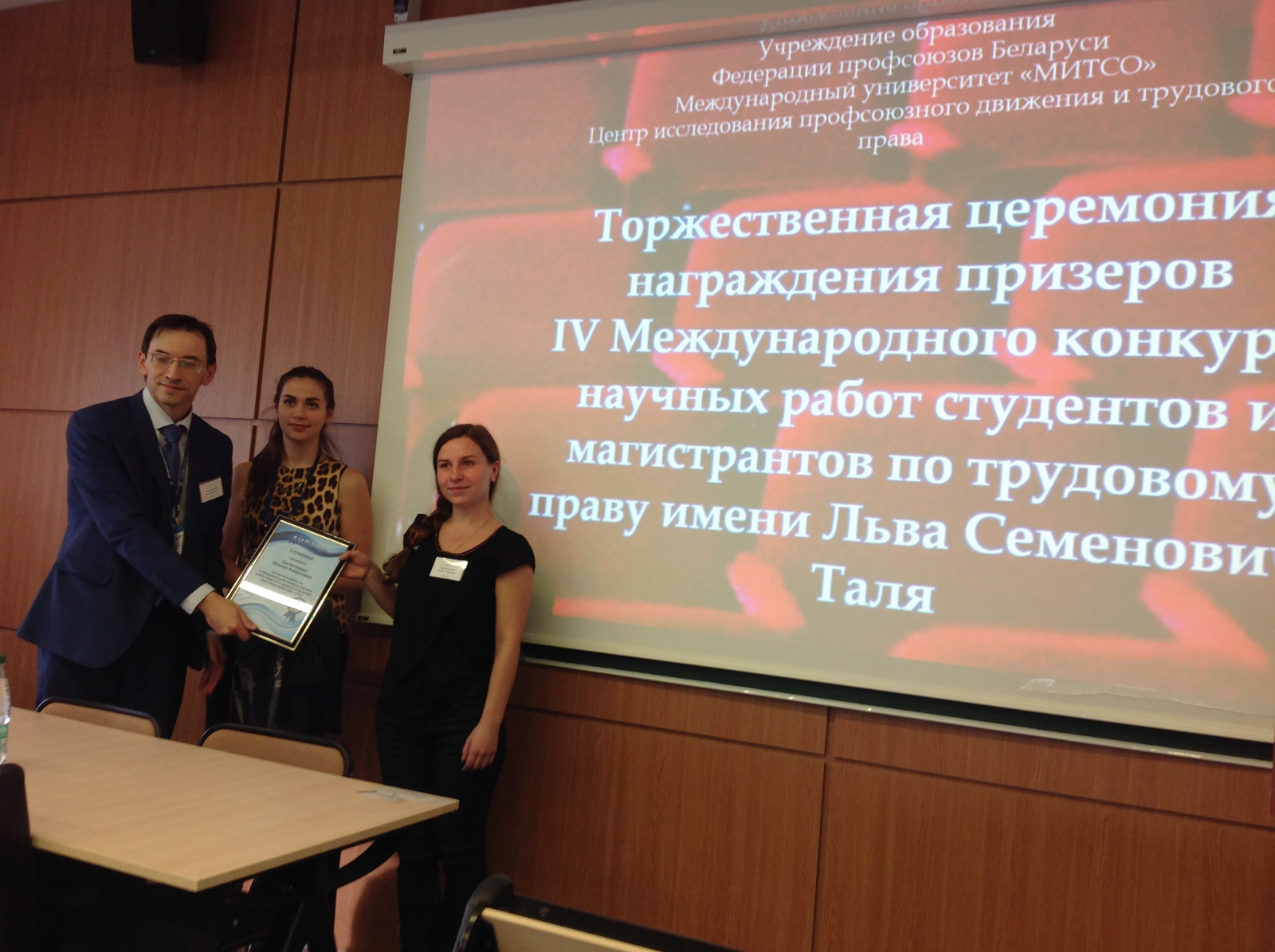 It is also worth noting that besides interesting presentations and discussions there was an unprecedented in its scope exchange of monographs and education literature brought by the conference participants and provided by “MITSO”.