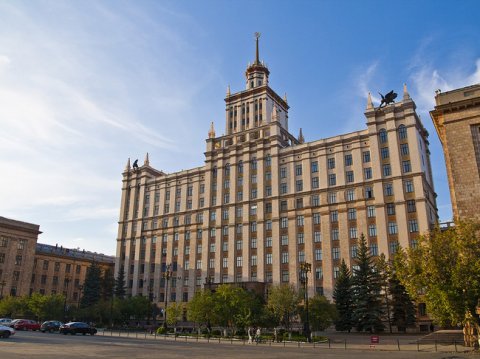 In September Ekspert Analytical Center completed the first wave of studying the invention activity of the Russian universities. South Ural State University was listed among the top Russian universities at the fifth position in Section “Relevance of Intellectual Property Assets Created at the University” and at the ninth position in Section “Basic Conditions for Invention Activity”.

“The Invention Activity Ranking is one of the important steps necessary to be named in the QS Ranking and to improve our University status there.Since besides scientific parameters the QS Ranking also takes into account such criterion as “Recognition by the Employers”, the status against which improves via creation of new enterprises and creation of patents with the already existing enterprises,” stresses Alexander Dyakonov, SUSU Vice-Rector for Academic Affairs.

Ekspert Analytical Center using their own method calculated the final complex scores, which became the basis for this unique Russian universities’ ranking. One of the main goals of the latter is to demonstrate regional landscape of the Russian university environment.

“Our patents are in demand. To commercialize them, we have created over 60 small enterprises while performing innovation projects with our partners. As a consequence, we are creating them not just as a result of thesis work, but we have a clear understanding at which enterprises and for which purposes they may be applied. Many results of intellectual property are created in the wake of big-scale projects fulfilled under the Russian Federation Government Resolution No.218 and Federal Targeted Programs, that is why the rights for patents and Inventor’s Certificates are executed jointly with industrial partners,” notes Yevgeniy Iogolevich, Deputy Head of the SUSU Department of Scientific and Innovative Affairs.

In its university ranking Ekspert Analytical Center uses only open, unambiguous and verifiable parameters. It is a known fact that many methods of university efficiency assessment use multiple indirect variables (normally obtained through polls, questionnaires and in-depth interviews) — such data on one hand allow to take into account as many aspects of a university development as possible, but on the other hand they deprave the assessment of its transparency. All methods used by EkspertAnalytical Center are of utmost transparency for layman’s perception.