SUSU Scientists are Modeling “Perfect” Medications without Side Effects 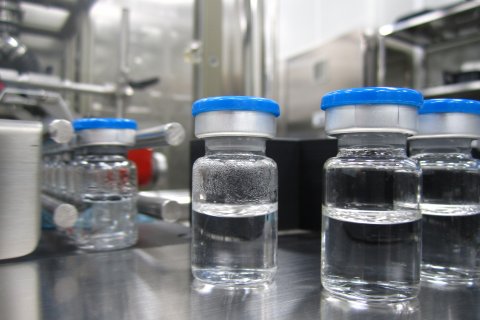 A little more than one year ago, a unique Laboratory for Computer Modeling of Medicinal Products was established within the Project 5-100 at South Ural State University, whose research will help improving pharmaceutical formula of many vitally important anti-tumor, anti-virus and anti-inflammatory preparations, eliminate their toxicity and heavy side effects. Director of the Laboratory is Candidate of Chemical Sciences Vladimir Potemkin. The scientist in chemistry dedicated more than 30 years to studying the problem of improving efficiency of medications; he is a co-author of more than 90 scientific publications in international journals indexed in Scopus and Web of Science databases. 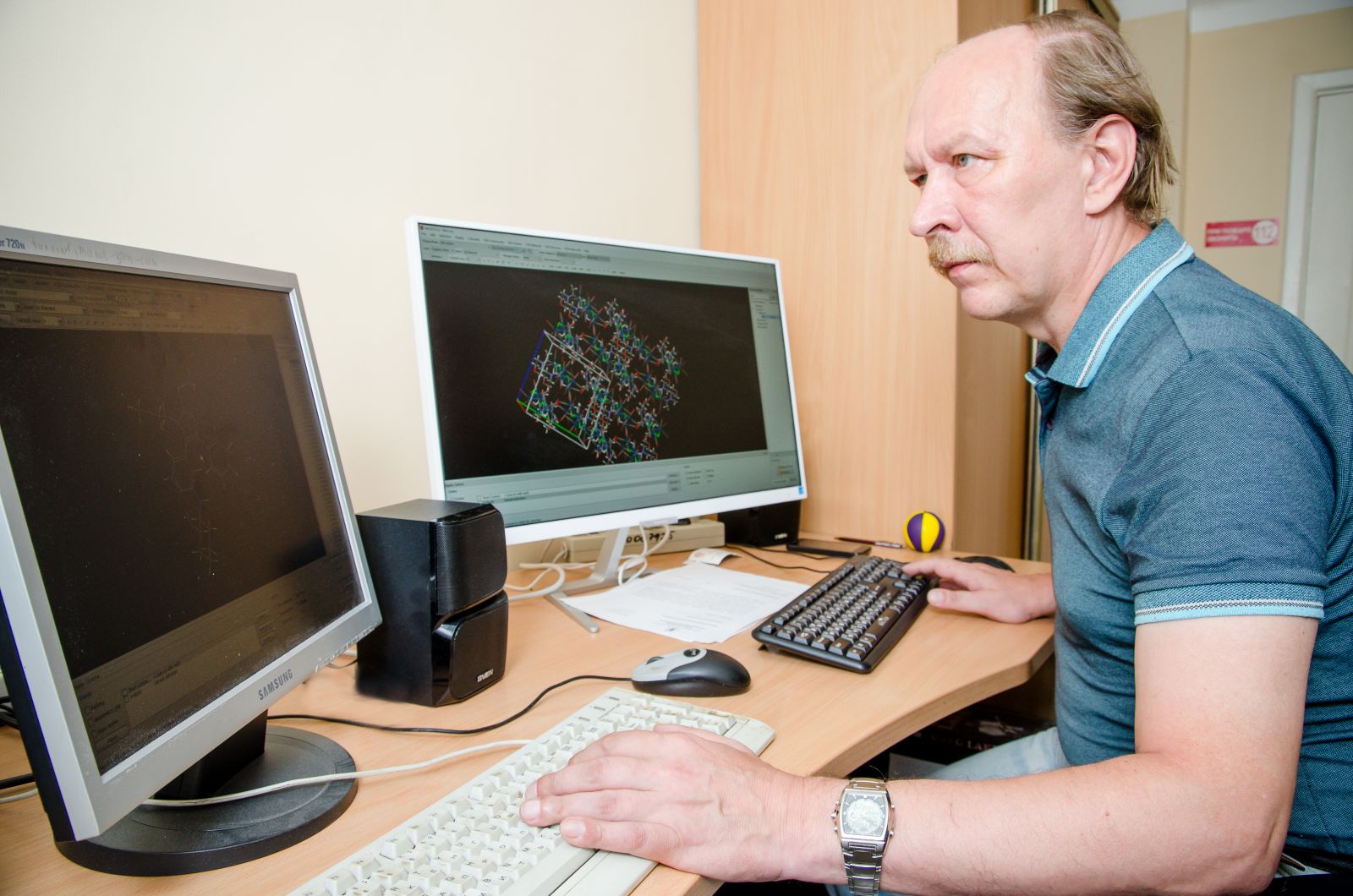 Results of the work are impressive. In a short period of time, research team of the SUSU Laboratory conducted modeling of more than 50 types of biological activity of medical preparations. For example, a forecast of two anti-tumor drug products, which were tested at the State University of Milan (Milan, Italy), was given. The research showed that preparations which underwent modeling in the SUSU Laboratory possess efficiency 10 times higher than the initial efficiency. Anti-inflammatory preparations tested at the Aristotle University (Thessaloniki, Greece) also showed 2-5 times higher activity.

“Uniqueness of the scientific laboratory is in the fact that we perform the entire cycle of modeling of medications, their calculated characteristics, and their interrelations with biological activity (toxicity, metabolic properties, allergenic capacity) with ferments etc. in an integrated manner with the use of unique software, explains Director of the SUSU Laboratory for Computer Modeling of Medicinal Products Vladimir Potemkin. It is necessary for forecasting the various properties of compounds. Our research allow us to create innovative, including nanostructural, materials, and to forecast properties of compounds connected with biological activity. The Laboratory operates considering the multi-stage and multi-task character of action of a medication as opposed to the world’s pharmaceutical companies where only one stage of the “receptor – medicinal preparation” complex formation is under research. In reality, this stage does not guarantee that a medication will work, just like it doesn’t guarantee that the medication will reach its target.”

Anton Pavlovich Chekhov said that people should be beautiful in every way. Vladimir Alexandrovich Potemkin thinks that in a good medication everything should be in harmony as well – the transport functions, penetration into a cell, and interaction with a ferment. If at least one of the previously mentioned stages is missing, the interaction of preparation with ferment won’t happen which means there will be no required therapeutic effect:

“In all cases, it is interesting to single out fragments which are responsible for effect of medications. These are so-called pharmacophore fragments which provide the signs of therapeutic effect. On the contrary, there are anti-pharmacophore fragments which block therapeutic effect. They are frequently contained in medications and it is very important to reveal them, replace them or eliminate for obtaining a more efficient medical preparation. Another aspect which is not less important is transport functions of a preparation. If a medication is poorly transported, it is necessary to determine fragments which provide the transport function, and model everything so that the medication got transported exactly to the required organ.”

The common global problem of pharmaceutical industry is high toxicity and allergic capacity of even medicinal preparations of high quality. Elimination of undesired biologic activity and side effects of vitally necessary medicinal preparations while preserving their target biological activity has become one of the most topical issues at the Drug Discovery and Therapy World Congress in Boston (USA). Participation of South Ural scientists with a report at the international scientific event arose a raving success and sincere interest of international colleagues. 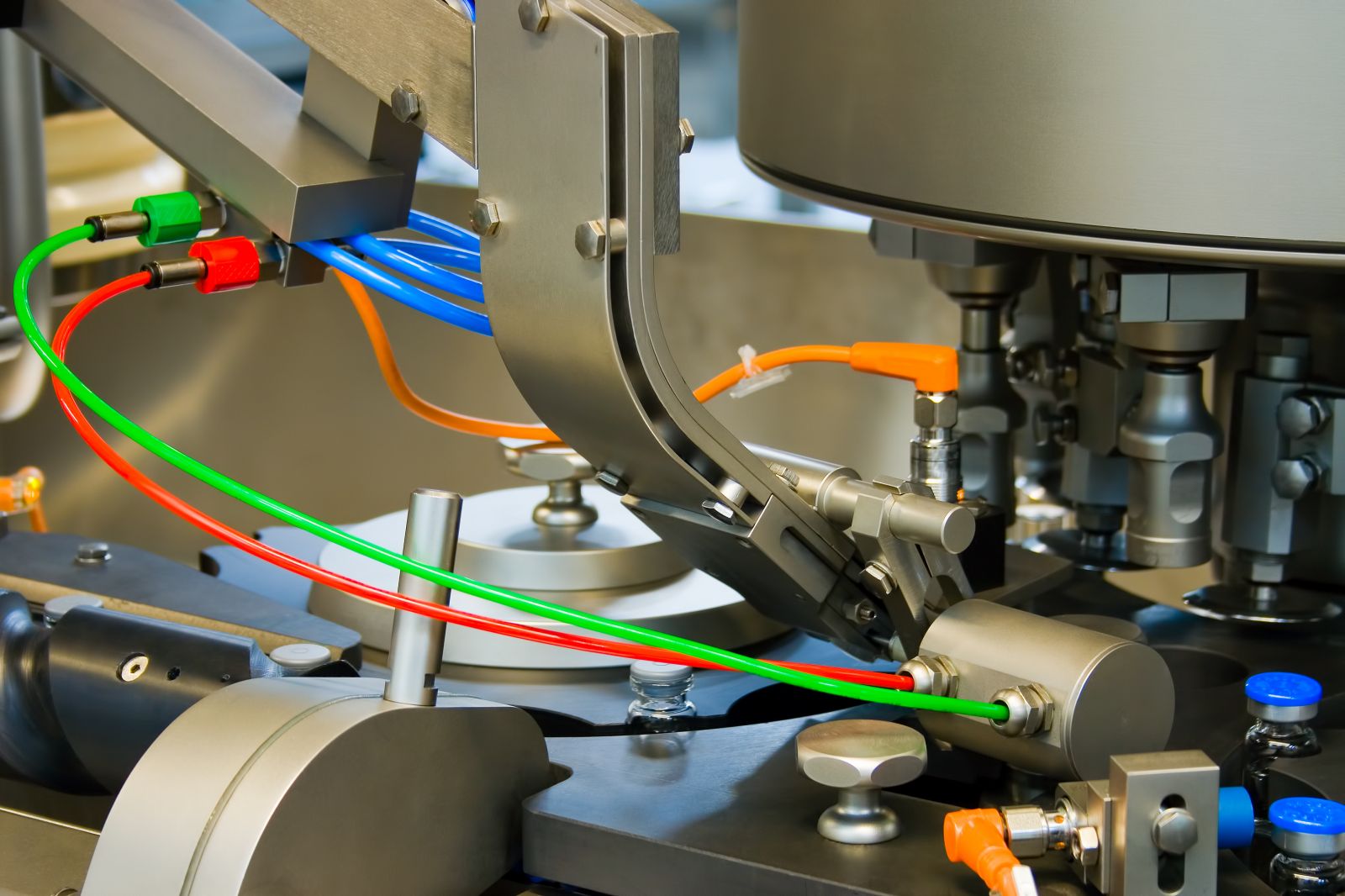 At the present time, research team of the SUSU Laboratory for Computer Modeling of Medicinal Products is continuing its active research work: in Russia, 2 grants issued by a state assignment along with grants of the RSF and RFFI are being implemented; applications are submitted for international grants called “Research, intellectual analysis and design of potential anti-neurodegenerative means” (the Helmholtz Association, Leipzig, Germany), under condition of successful completion of which it might be possible in the future to ease the destiny of those who suffer from Parkinson or Alzheimer diseases. An application was submitted for a mega grant on the subject “Systems for intelligent analysis of big databases for searching and designing new perspective medications” (the Helmholtz Association, Munchen, Germany).

Vladimir Potemkin is planning to evolve the Laboratory into a powerful research center with excellent specialists and high-tech equipment which will help solving global problems of the world’s pharmaceutical science in the future, and may be help conducting personal experimental research of innovative medications at the territory of Russia.