In a man’s life, modern chemistry plays a huge role. Success of many branches of human activity such as power engineering, metallurgy, mechanical engineering, light and food industry, etc. greatly depends on the condition and development of chemistry. Meanwhile in chemistry, there is still a lot of unclear and undiscovered. New areas of old science, new substances, new methods for their obtaining and research keep appearing constantly.

Therefore, scientists of South Ural State University constantly set new objectives. Postgraduate student of Theoretical and Applied Chemistry Department of the Institute of Natural Sciences Ekaterina Artemyeva for several years has been researching reaction of pentaphenyl antimony with tetra ketones and derivatives of tetra ketones with pentaphenyl antimony halides. This research, conducted under supervision of Professor, Doctor of Chemical Sciences Olga Sharutina, was included in the list of works noted at the Scientific Perspective contest which was held at SUSU within the Project 5-100.

“Organic compounds of pentavalent antimony find their use in various areas. They are used as herbicides, fuel additives, and medical preparations. They are successfully used in synthesizing organic compounds as catalysts and reagents. It was determined that some organic derivatives of pentavalent antimony have bactericidal and anti-tumor effect,” says Ekaterina Artemyeva.

Complexes of antimony with polydentate ligands, which include tetra ketones, are a poorly studied class of compounds, although together with their practically significant properties they attract attention as derivatives in which antimony atom is highly coordinated, which is interesting form theoretical point of view. Therefore, SUSU scientists have chosen as the object of research precisely the reactions which allow obtaining such compounds.

“The goal of our work is to develop methods for synthesizing aryl complexes of antimony (V) with tetraketonate ligands, and determine features of their construction,” continues Ekaterina Vladimirovna.

In order to solve the set problem, scientists first of all should summarize and analyze the information that they already have, concerning methods of obtaining antimony tetra ketones and their use in various areas.

Scientists of South Ural State University are testing synthesis methods which allow obtaining previously unknown antimony complexes with high output. Further on, they are planning to determine practically significant properties of the obtained compounds, for instance, test their catalytic activity. 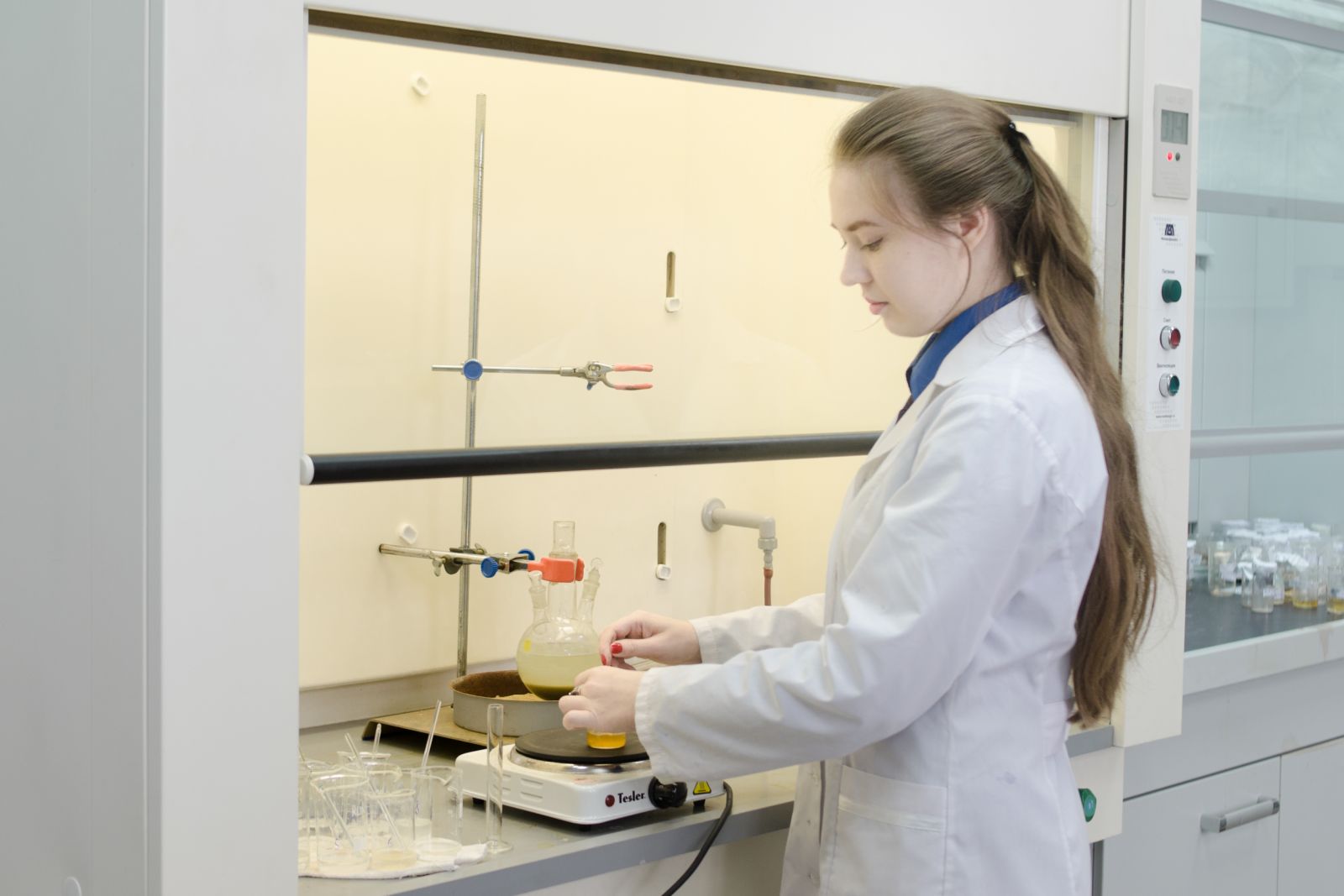 Ekaterina Artemyeva conducts her research at the SUSU Laboratory of Organoelement Compounds whose director is Professor, Doctor of Chemical Sciences Vladimir Sharutin.

“The difficulty is in the fact that the synthesized compounds are not very well crystallized – the obtained crystals are of small size, shares Ekaterina Artemyeva. And for us, in order to determine structures of the reaction products by the means of x-ray crystal analysis, it is necessary to obtain big enough monocrystals. In order to obtain such crystals we need to use other synthesis methods and recrystallization. We are currently working on it, and I hope that in the nearest future we will manage to select the appropriate method.”

On the results of the conducted research Ekaterina Artemyeva prepared an article for publication in the authoritative scientific journal called Russian Journal of General Chemistry. In future plans of the young scientist – studying catalytic activity of compounds of tetra ketones and pentavalent antimony. If the research is successful, such compounds will be possible to use as catalysts.