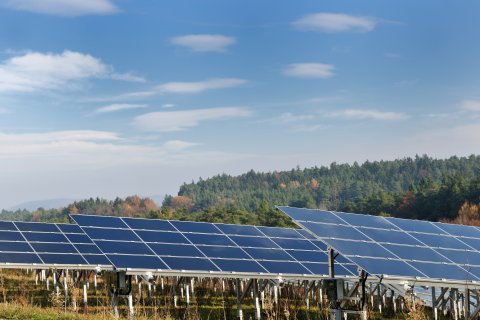 The unique Laboratory of Molecular Electronics has been founded at South Ural State University, studying the properties and applications of the most mysterious substance in the modern world – liquid crystals.

Liquid crystals (LC) were discovered in 1888 by Australian botanist F. Reinitzer, who paid attention to their two liquid states – cloudy and clear. For a long time, physicists and chemists did not acknowledge the existence of liquid crystals, since this completely refuted the theory of the existence of three states of matter: solid, liquid, and gaseous. However, this combination of LCs’ specific physical characteristics sets them apart and makes them a truly unique class of materials.

“Liquid crystals are a unique state of matter which is characterized orientationally (and in some cases, spatially) by the alignment of its molecules in hard crystals and by its flow, like liquids,” explains the Head of the Laboratory of Molecular Electronics, Fedor Podgornov. “In addition, liquid crystals are the only class of liquids with elasticity.” 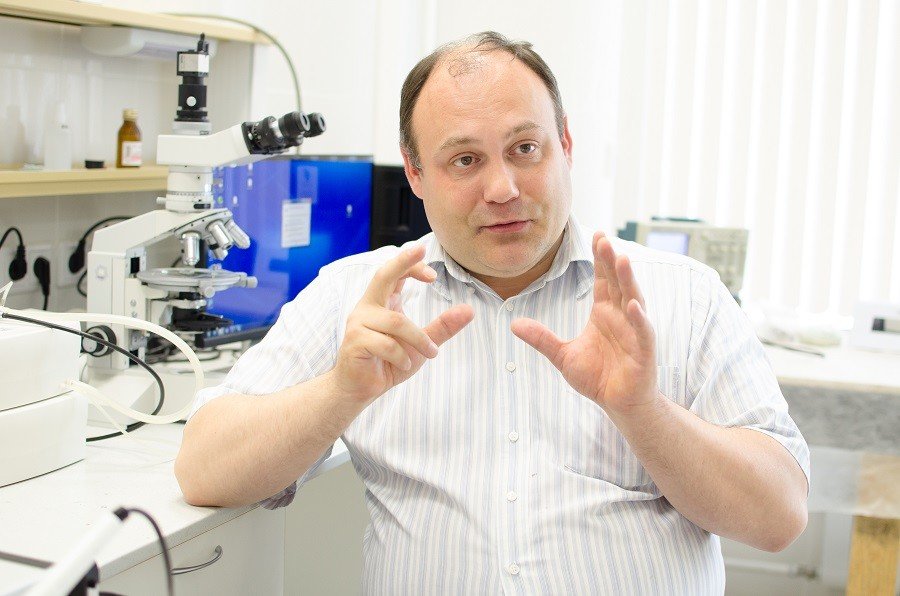 All of these characteristics, plus liquid crystals’ high sensitivity to weak external fields (electrical, magnetic, heat, etc.) make them a more competitive material for application in various uses from electronics and medicine to military science and even cosmology. The researchers are sure that development of the technologies of Industry 4.0 is directly tied to the use of liquid crystals:

“Right now, liquid crystal displays have an undisputed advantage over the rest of the competing technologies. In addition, better techniques for its use have already been found. It has been noted, that liquid crystals can be used to create so-called hybrid LC displays which are able to work in two modes simultaneously – in the active-matrix state we are used to, and in the electrophoretic mode (when the display works like an e-reader – ergonomic and better for vision). A different promising area of development for LCD is holographic displays which can be used in technologies from televisions to vehicles and 3D visualizations of tomographic images,” says the Head of the Laboratory of Molecular Electronics.

One other important application for liquid crystals is their use as space-time modulator in polarization devices. These devices make it possible to analyze, for example, the condition of the ocular fundus and detect glaucoma at the early stages of development or skin cancer, or determine the state of crops, or identify camouflaged objects (for example, for ensuring state security) from a distance and non-intrusively. Special attention today is paid to the use of liquid crystals in biology.

“Cell membranes consist of lyotropic LC, and their ion channels, in turn, contain materials that are ferroelectric* liquid crystals. In this way, the understanding of physical processes for forming the phases of liquid crystals and their interaction with external fields makes it possible to control organisms at the cellular level,” explains Fedor Valerievich. “Among the new, promising areas of use for LC I would also mention photovoltaic devices (dye-sensitized solar cells). After all, the use of specific liquid crystals as electrolyte fluid will allow humanity to create ecologically-clean, flexible batteries, which can be monitored whenever is convenient.”

Fedor Valerievich Podgornov also underlines the promise of using metallo-organic liquid crystals (metallomesogens) as elements for a quantum computer. Metal-containing organic materials have the largest decoherence time**, which is extremely necessary for the execution of quantum computing.

However, the largest interest among research teams at South Ural State University is the application of liquid crystals in electrical engineering. For research of the materials of the future and their characteristics, an international-level laboratory was created in 2016 within the Project 5-100, with powerful equipment unparalleled in Russia. One of the most recognized specialists in liquid crystals, professor Wolfgang Haase (TU Darmstadt, Germany), with an h-index of 49, whose research has around 12,000 citations, became supervisor of the Laboratory of Molecular Electronics. The head of the laboratory in SUSU is a pupil of professor Haase, Associate Professor of the Department of Physical Electronics of the Institute of Natural Sciences, Fedor Podgornov.

“The specialty of our laboratory is studying the electrooptical characteristics of liquid crystals, including ferroelectric liquid crystals. We are working on creating liquid crystal nanocomposite materials and applying them to optoelectronics. We are studying electrokinetic effects on liquid crystals and the self-organization of micro- and nanoparticles in LC,” says Fedor Valerievich. “Also within our sphere of scientific interests are impedance spectroscopy and the electrical characteristics of organic materials and equipment based upon them, and also the identification of relaxation processes, the study of effects related to transporting electrical charge in organic materials.”

At the Laboratory of Molecular Electronics, special meaning is given to study of the promising area of using liquid crystal materials in flexible, photovoltaic devices (solar batteries) as electrolytic fluid. Presently, SUSU researchers are working on studying the physical effects which influence charge transfer in liquid crystals and liquid crystal nanocomposites with the aim of developing effective electrolytes for the next generation of solar panels.

*Ferroelectricity is a phenomenon of the appearance of spontaneous polarization in crystal at a certain temperature range, even without an external electrical field, which can be reoriented by its application.

**Decoherence is a process of losing coherence (from lat. cohaerentio – attachment, connection), brought about by the interaction of quantum systems with the surrounding environment by means of an irreversible, from the view of thermodynamics, process. That is, the system is mixed with or lost in the environment.