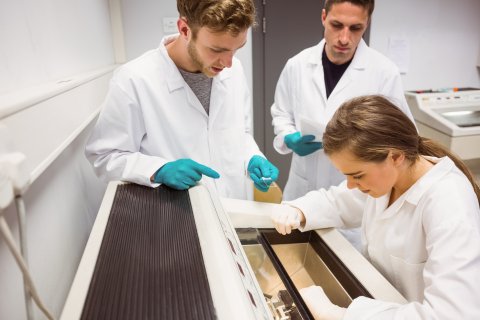 The award ceremony for participants of SUSU’s Support of Young Science contest will be held October 6that Pushkin Hall at South Ural State University.

Participation in the contests involves satisfying a number of conditions. For example, for postgraduates, one important moment was their form of education and their success – participation was only open to those individuals whose grades were no lower than “good” and “excellent”, and it was required to have publications in the topic of their application in peer-reviewed Russian and international scientific journals indexed in Web of Science Core, Collection, or Scopus, or no fewer than two publications in a peer-reviewed journal recommended by the Higher Attestation Commission.

The winners of this contest were awarded financial support in the form of a payment for their excellent results in innovation and research. The size of this financial support is determined by the Organizational Committee each year.

After winning and receiving financial support, the contestants must present a report on the main scientific results in the appropriate scientific project.

This year, more than 60 staff and postgraduate students of South Ural State University participated in the contest, 30 of which received an award.

The expert commissions of both contests considered the applications until June 30th, 2017, and the winners were determined after July 1st, 2017.

The award ceremony for participants of the contests The Beginning of Big Science 2017 and Scientific Potential 2017 will be held October 6th from 15:00 to 16:00 in the Pushkin Hall.

We invite everyone to congratulate the young research and teaching staff and postgraduates from SUSU on their participation and victory in these contests. In addition, you may find out more about the contests dedicated to supporting young science at http://www.pmn.susu.ru/.

“Participation in this contest offers unique opportunities for young researchers and postgraduates. Besides the financial support for the development of their scientific projects, the winners also have the chance to publish their articles in the most unique and highly-regarded international scientific journals such as Web of Science,” notes the head of the Project for Supporting Young Research and Teaching Staff with Grants for Research Projects, Artem Zhuravlev.