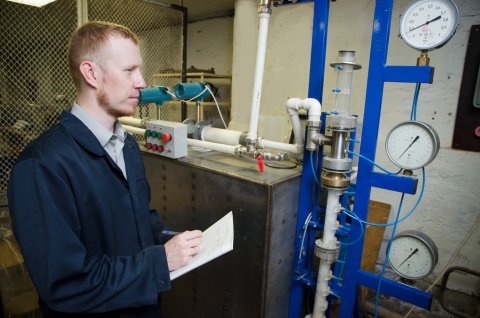 Jet pumps are becoming more and more popular in production due to their simple configuration, small size, high operational reliability and a wide range of design variants. Much attention today is paid to their technical improvement. Alexander Ismagilov, Acting Head of the SUSU Office of Science and Innovative Affairs, Associate Professor of the Hydraulics and Hydropneumosystems Department, performs his research regarding the development of efficient multiphase jet pumps in collaboration with Evgenii Spiridonov, Scientific Consultant, Professor, Doctor of Engineering Science, Chairman of the Hydraulics and Hydropneumosystems Department. 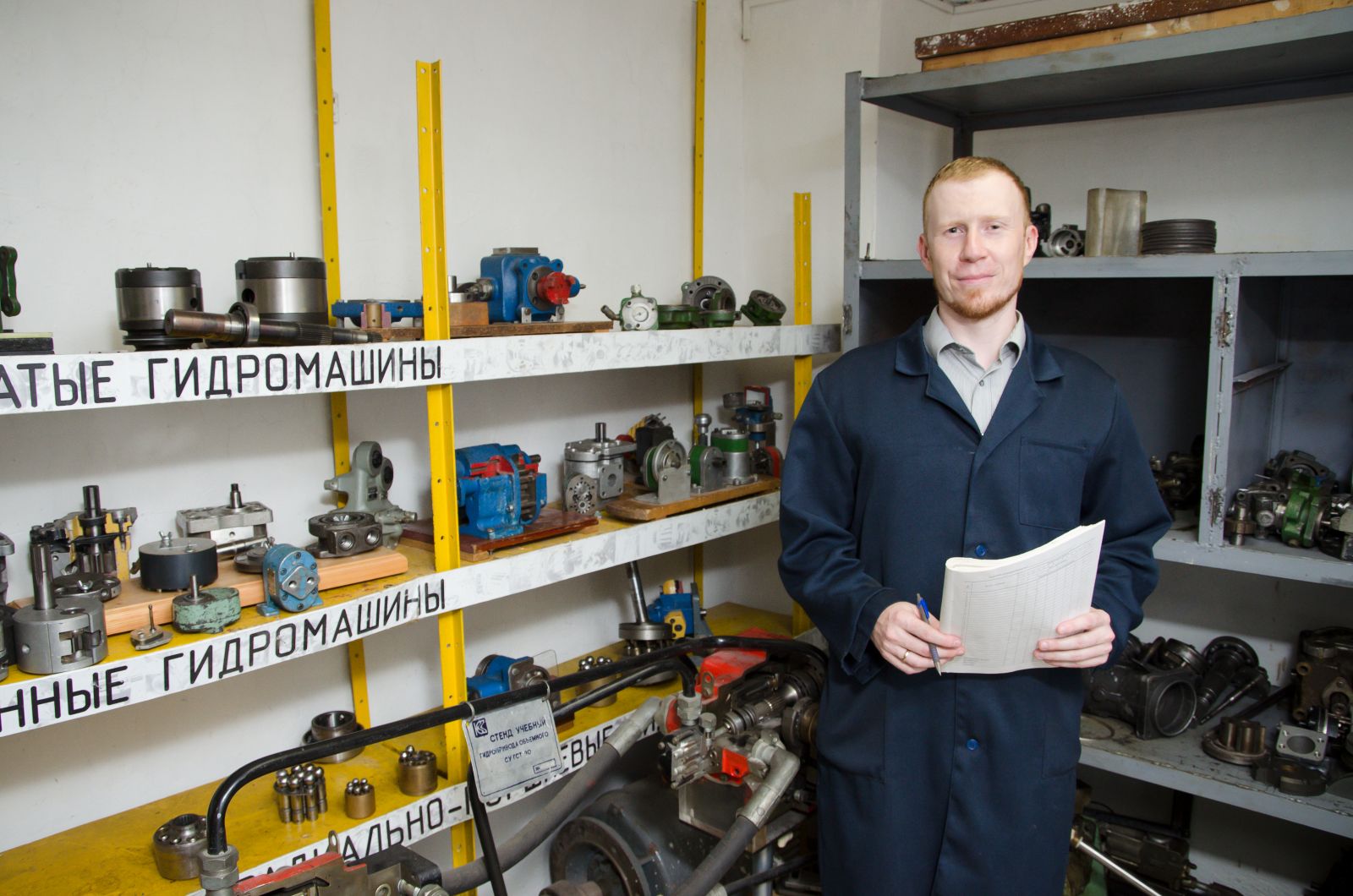 Jet pumps are widely operated in industry, both in combination with other pumps, and separately. They are used in various sectors: from medicine and food industry to metallurgy, mining, and even aerospace industry. Jet devices may be used as scavengers, compressors, heaters, or mixers.

“When I was receiving my Bachelor degree, during my third year of studies Evgenii Konstantinovich Spiridonov offered me to join the Department’s team of researchers, and I was thrilled and inspired to accept that offer. I started my research with studying the operation of a variable-capacity jet pump, after that I studied a multinozzle jet compressor as my Graduation Thesis for Bachelor and Master Degrees. I was awarded both diplomas with honours,” says Alexander Ismagilov.

In 2010 Alexander Ismagilov entered the postgraduate program and continued his research dedicated to development of fluid-gas jet pumps. A composite jet pump model was developed which can be a general model covering all measures which allow to significantly improve the apparatus operation efficiency.

“The idea was to use these measures for smooth increase of pressure in the jet pump’s flow channel,” explains Alexander Rashidovich. “Since the process of intermixing of active and passive flows is the most energy-demanding in a jet pump, it was suggested to minimize energy losses namely from this process by organizing smooth increase of pressure. The results of the performed research became the basis of my Candidate’s Dissertation which was successfully presented in 2013.”

How does a jet pump function? Two working elements are essential in the operation of a jet pump: active flow and passive flow. These flows may have different phase states: fluid or gas, or may be in a form of vapour-gas or fluid-gas mixture. The active flow characterized by higher energy entrains the passive flow transmitting this energy to it. The useful yield here is the transmission of this energy, what is characterized by the pressure increase in the passive flow. “One of the advantages of jet pumps is their high reliability which is caused by the absence of moving parts in their design. As a result there is no need in the apparatus maintenance, and therefore no specially trained personnel is required,” notes the young scientist.

Nevertheless, jet pumps also have one drawback. It is their comparatively low efficiency. Thus, mechanical pumps are more efficient, but less reliable. That is why the studies aimed at improving the jet devices’ operation have always been and will be topical.

“Our research team developed a method of designing a fluid-gas ejector with such innovative element as a booster device. We suggested to implement an element which is not normally used in classical pumps,” says Alexander Ismagilov.

The idea is the following: at the initial stage a booster device transmits additional energy to the passive flow thus providing for the process of intermixing of the active and passive flows with minimal energy losses. Theoretical and experimental studies were performed, which proved efficiency of such device.

The results of the jet pump research are already used in practice. For instance, a jet pump was designed for Tatneft enterprise (Almetyevsk, Bashkortostan), which is used to pump abrasive gases from oil wells’ annulus. Also a jet pump was developed for power generation units of steam turbines of the Branch of “Inter RAO Electric Power Plants” Iriklinskaya GRES power plant (Energetik settl., the Orenburg Region). Presently, negotiations are being held on implementing of a jet pump at the power generation unit of the steam turbine for pumping gas from work cavities of steam-turbine condensers. The new-generation pump will replace the existing ones.

Thanks to his research, Alexander Ismagilov has become one of the winners of the contest “Young Science Support” held by SUSU under Project 5-100. Within the frameworks of the grant the research on jet pumps will be continued and will become the basis for the Doctoral Thesis. A request for a patent for an invention has been prepared already.

“I am planning on developing a unified method allowing to calculate for the design of jet devices with different phase stages of the active and passive flows. Nowadays, a variety of calculation methods exists for such devices, but as a rule they cover jet devices with process flows of either gas state, or fluid state, or of fluid and gas mixtures. What I would like to do, is to consider these methods in general using such instrument as supercomputer simulation,” shares his plans Alexander Rashidovich.

By now the young scientist has already developed a computer model which with the help of modern computer packages and through the use of the South Ural State University’s supercomputer resources allows to perform calculations for a jet pump. Moreover, this would help improve jet devices in compliance with the latest industrial trends related for instance to “Industry 4.0” industrial revolution.

“Although jet pumps are highly reliable, their efficiency may get significantly decreased in the process of work. This may be caused by the changes in the device’s interior geometry. For instance, in case of sediments in the work cavities, the apparatus’s characteristics may deteriorate. Computer modeling would allow to forecast these processes and take additional measures on their elimination without the need of a shutdown at an enterprise, what in its turn would reduce further expenses on diagnostics and repairs,” elaborates Alexander Ismagilov. 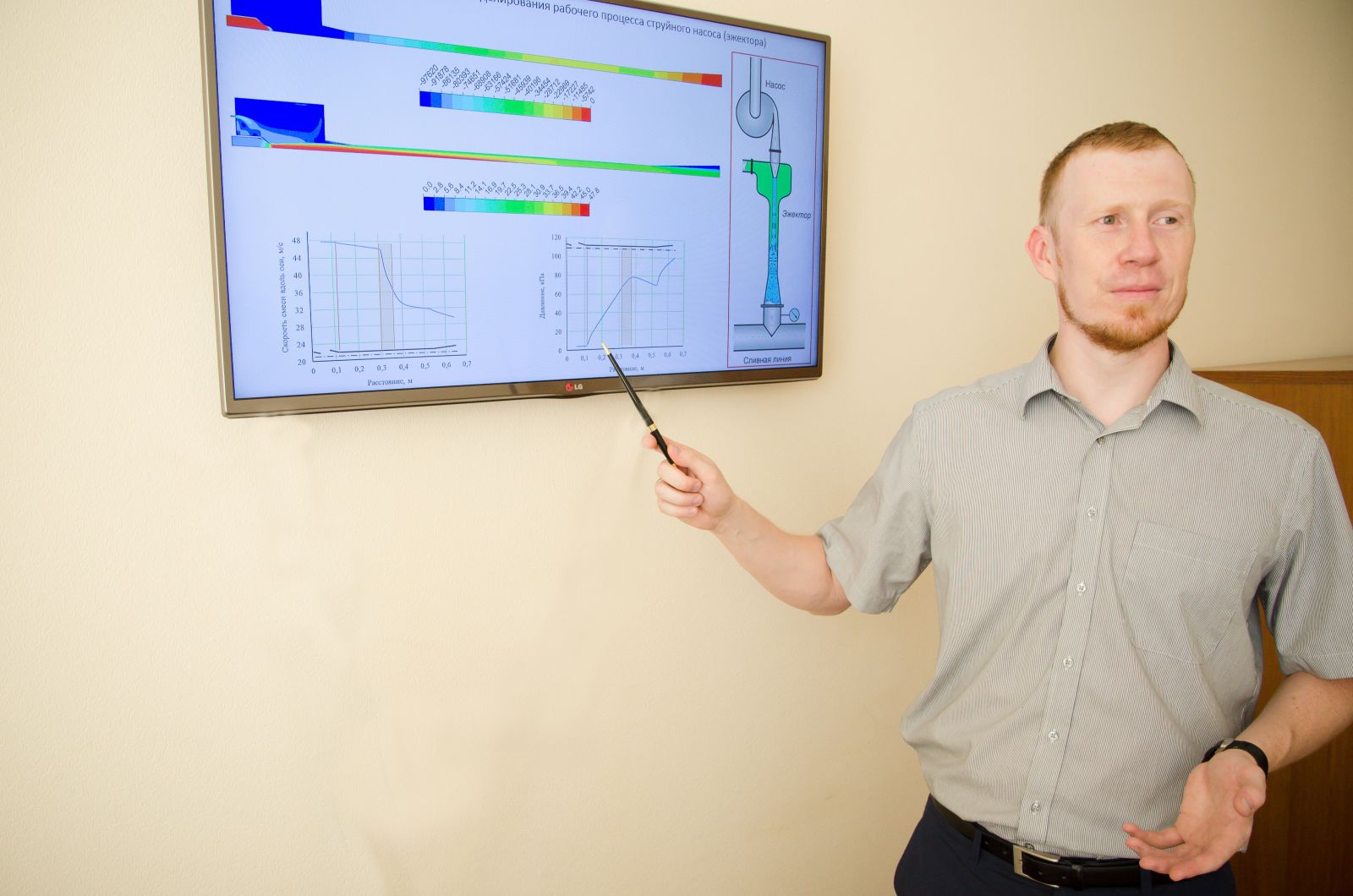 The experimental studies are being performed on a jet-pump research complex installed at the laboratory of “Hydraulic Machines and Hydraulic Drives. Compressor Machines” of the Hydraulics and Hydropneumosystems Department. The research results were presented at an international conference organized by the German Mechanical Engineering Industry Association (VDMA), “3rd International Rotating Equipment Conference” (Germany) in 2016. Also, an article is being prepared to be published in a top-rated scientific journal “Chemical Engineering Science” which is indexed in the Scopus database.