This year, more than 700 applications were sent in for all levels of education: bachelor’s, master’s, postgraduate, specialist, and the preparatory faculty; many students are coming to us through international exchange programs.

Today we met with one of such first-year students. Flores Betankur Hilbert came to Russia in March 2017 from the capital of Venezuela – Caracas. Having graduated from the National Experimental University of the Armed Forces in Venezuela, he decided to continue his education at South Ural State University through an international exchange program.

“I decided to continue my education in the master’s program, since the business for which I work in Venezuela needs specialists with a higher level of knowledge. Having read many positive reviews of South Ural State University, I decided to apply here in particular,” explains Hilbert.

Now, Hilbert is a first year master’s student in the School of Electrical Engineering and Computer Science and is planning on studying software engineering. But for this he must master Russian. Hilbert is helped in this by teachers of the Center of Sociocultural Adaptation of the Institute of Linguistics and International Communication. Having come to Russia four months ago, Hilbert already speaks quite confidently in Russian, preferring it to English.

“I am very grateful to the employees of the Center for Sociocultural Adaptation for their help in diving in to a new culture from this country. It is worth nothing that I have never been in Russia before. None of my acquaintances have ever been in Chelyabinsk, or even received education in Russia. But right now I can say confidently that it is all possible – everything is working for me thanks to the high level of teachers. And also thanks to all of the events that SUSU holds for the adaptation of international students,” says Hilbert. 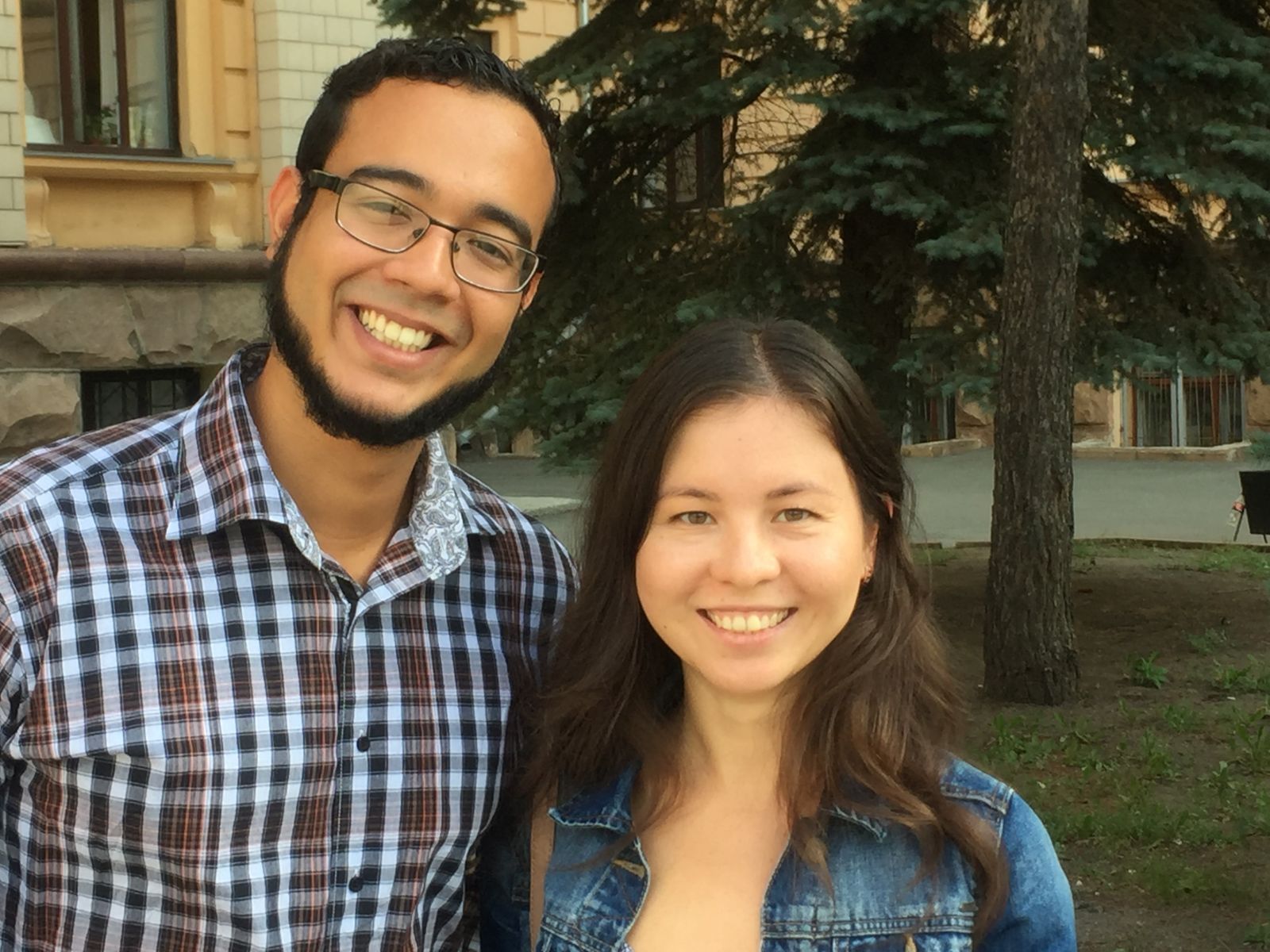 It is worth nothing that this year, the student sport and health camp Olimp became a place to bring together people from different countries: Zimbabwe, Syria, Mexico, Venezuela, Columbia, and Iraq. Hilbert was one of the thirteen international students who spent a few days at the famous SUSU camp, speaking Russian. Without a doubt, this format allowed the students from other countries to more quickly adapt to these new conditions.

“Landing in Russia, I of course had some small culture shock, mostly tied to the weather. I saw snow for the first time! Probably, the snow and my trip to Olimp will remain some of my brightest memories. In the camp, it was nice to speak with people from different countries; I improved my Russian language knowledge. In Russia, everything is new to me: my first time in Chelyabinsk, my first snow, my first time swimming in a lake, my first time eating buckwheat… This is great experience! I really liked it!,” said Hilbert, sharing his emotions.

There is the opinion that the main difficulties that international students come across when deciding to study in Russia is the language barrier and socialization. All of these problems, as we can see, are solved fairly well within the walls of South Ural State University, where they are understanding, respectful, and warm towards international students. Many of them even stay in Russia and build their lives in this new country.

“There are many good and sympathetic people in Chelyabinsk. I feel comfortable here and am really looking forward to the beginning of the academic process. In the future I am planning on returning to Venezuela and continuing to work at the National Telephone Company of Venezuela with new knowledge and a new level of training. I am sure that I will be in demand in the labor market in my country,” says Hilbert, “In addition, I now have no doubts that studying abroad is a very helpful experience. From my education at SUSU I am waiting for only positive things: mastering Russian, improving my knowledge in computer engineering, and the promise of a successful career in my country and abroad!”.