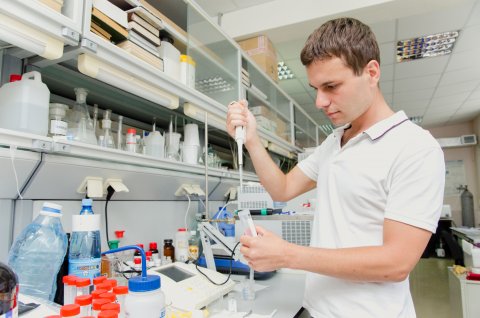 Environmental problems today are as relevant as ever. Scientists are searching for ways to diminish harmful industrial influence on nature. One of the ways to protect the environment, without a doubt, is the use of filters for water and air clarification of harmful substances. A comparatively common way for decaying filtered harmful chemicals is photocatalysis. One of the most frequently researched photocatalysts is titanium dioxide. Besides, titanium oxide is widely used as acid catalyst, material for membranes and for sorbents.

Postgraduate student form the Department of Ecology and Chemical Technology of the SUSU Institute of Natural Sciences Morozov Roman conducts a research on the subject “Biomineralization of titanium oxide on peptide templates” under supervision of Oleg Bolshakov, research scientist of the SUSU Department of Science and Innovation.

Catalysts are substances intended for acceleration of chemical reactions and capable for almost complete recovery after completion of a reaction. Acceleration of chemical reaction conditioned by joint actions of a catalyst and exposure to light is called photocatalysis. Photocatalysis with the use of titanium oxide is one of the most important and developing area of focus in practical application of modern technology. In order to be used as a photocatalyst, titanium oxide should possess crystalline structure. There are many ways of obtaining crystalline titanium oxide, but many of them have sufficient drawbacks such as the use of titanium alkoxides which are poorly adapted for operation, and the use of templates. In order to obtain crystalline structure it is necessary to perform calcinations at high temperature or a hydrothermal treatment, which requires a big amount of energy.

“An alternative to these methods was invented by nature itself. Many microorganisms and organisms construct their exoskeletons out of different insoluble salts. For example, the majority of corals are constructed of calcium carbonate. Titanium oxide can also be subject to such process, which essence is in the process when an organism constructs a hard structure on its body using substances contained in the solution” explains Roman Morozov.

South Ural State University’s scientists research this process as follows: first, they study how much amino acids are adsorbed on titanium oxide. This is done in order to determine which of them is adsorbed in a greater degree. The goal is to find the amino acid which possesses better affinity to titanium oxide as it will be better biomineralized, i.e. crystals made of this material will be better built on it.

“In the future we are planning on extending this amino acid sequence to peptides, i.e. the substances consisting of several amino acids. Further, on the basis of it, using the methods of quantum-chemical modeling, the best peptide on which the processes of titanium oxide biomineralization will be the most active will be proposed” says the young postgraduate.

The method proposed by the South Ural scientists is different from those already used by the fact that it does not require high temperatures or any complications, because in nature all these processes occur at room temperature, at normal pressure, and at ph close to neutral.

“As for today, the most common method is the sol-gel method – a method for obtaining materials, including nano materials, which includes obtaining sol with its subsequent conversion into gel. But it requires additional solvents. And then, in order to crystallize titanium oxide, it is required to perform heating to high temperatures or a hydrothermal treatment (also heating to high temperatures), and it consumes a lot of energy. Our method compares favorably of both practically and economically” says Roman Sergeevich.

During his work over the project, Roman Morozov became one of the winners of the contest  “Scientific Perspective”, which was held at SUSU in the frameworks of Project 5-100. Inventions of the South Ural scientists have already been presented in this year’s May on the Third All-Russia Youth Conference “Young Scientists’ Achievements: Chemical Sciences” in Ufa. Also, based on the research results, two articles were published in the “Non-Crystalline Solids” journal which is included in top 25% according to Scopus. 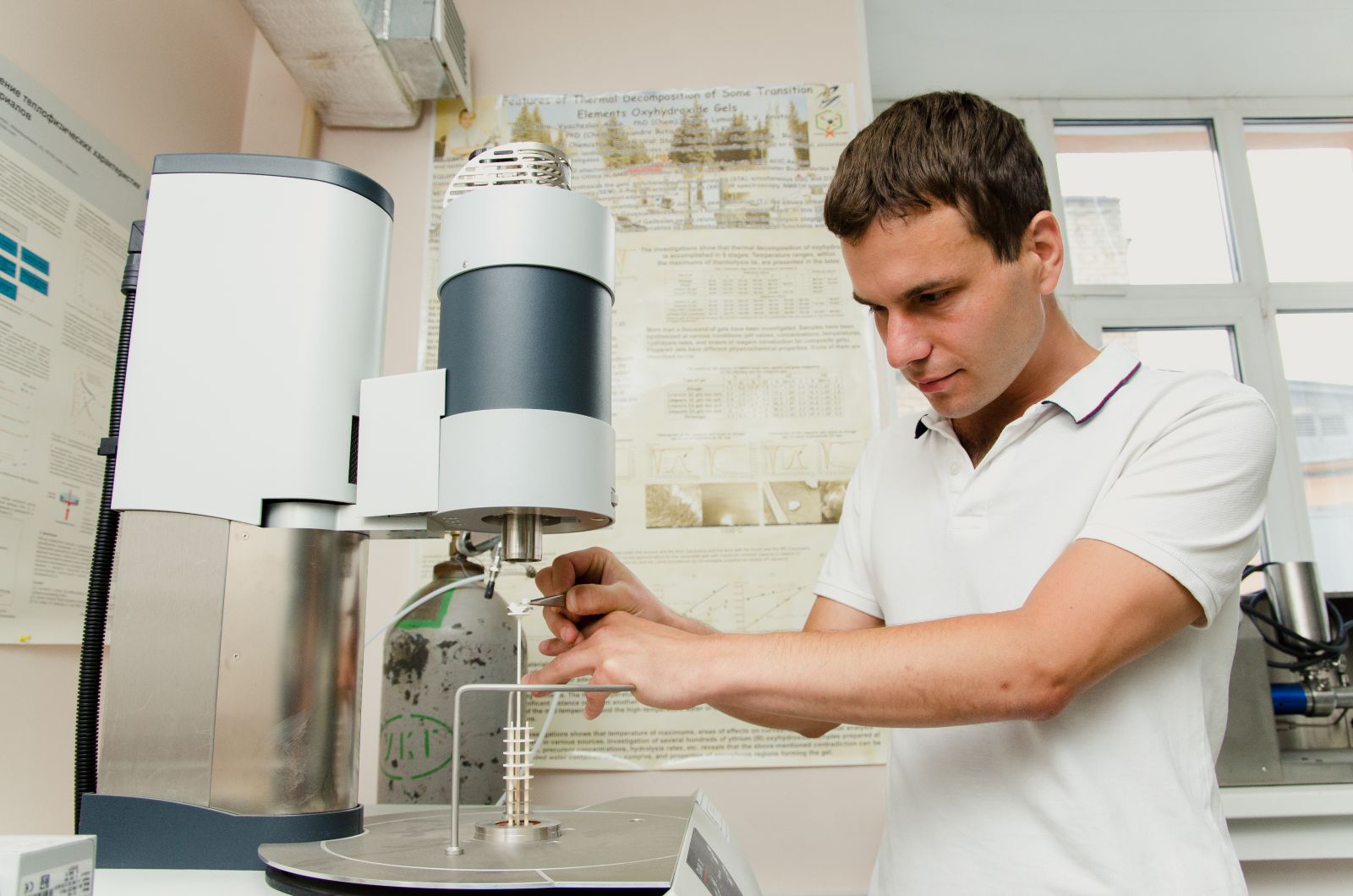