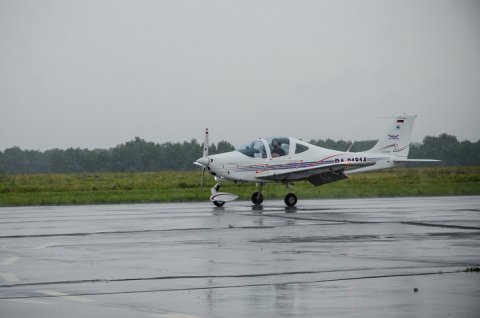 In Russia, Aviation Day is celebrated every year on the third Sunday of August. What is special about this day is that this professional holiday for aviators is not only celebrated by specialists with a relationship to the air force but everyone who uses air transport and those who are still training for the aviation profession.

At South Ural State University there is a whole faculty which is trying to form a regional center of fundamental elite technical education, bringing together the forces of schools, colleges, academic and military institutes, design bureaus of the aerospace industry. This is the SUSU Faculty of Aerospace Engineering of the Polytechnic Institute.

The faculty has a division where they train future pilots, and the university’s leading specialists work in this division, one of which is Sergey Hatuntsev. 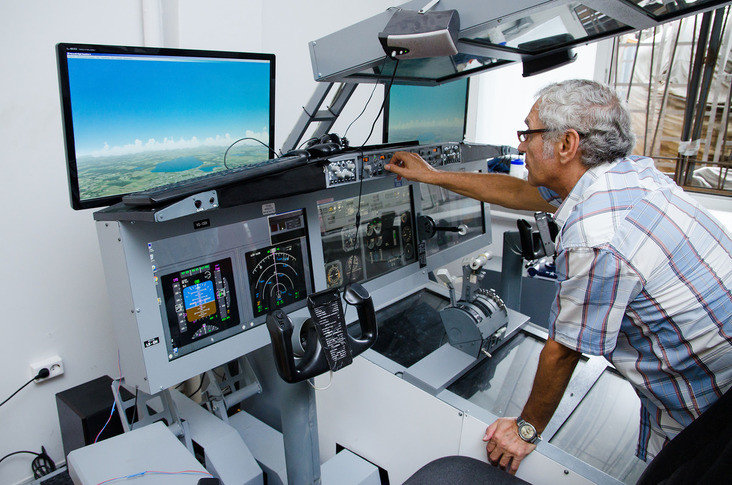 “I have been drawn to airplanes since my childhood. Having graduated from the pilot academy, I worked at Aviastar in Ulyanovsk, then in the Ulyanovsk Aerospace Academy. Over the last five years we have been developing pilot training with colleagues from the university. The training is organized in a network format, the theoretical portion of which is held in the Faculty of Aerospace Engineering and the academic (flight) practical training at the Chelyabinsk Pilot Academy for Civil Aviation,” says Sergey Gennadyevich.

Over their career, every pilot has ended up in unexpected situations related to weather conditions and mechanical defects of the airplane. So one of the main portions of the academic process is cultivating the future pilot’s ability to evaluate situations and make the only right decision.

“At the Ulyanovsk Academy, during a flight from the training airfield Soldatskaya Tashla to the base airfiled Barataevka in a Yak-18T airplane, the left landing gear failed to release and the emergency leg also didn’t release. We had to release the leg using a method we thought up during the flight – nosedive with pus hover. The only part that was inoperable was the cylinder for releasing the landing gear,” says the head of the department of aircraft personnel training Sergey Hatuntsev, continuing to share his memories. 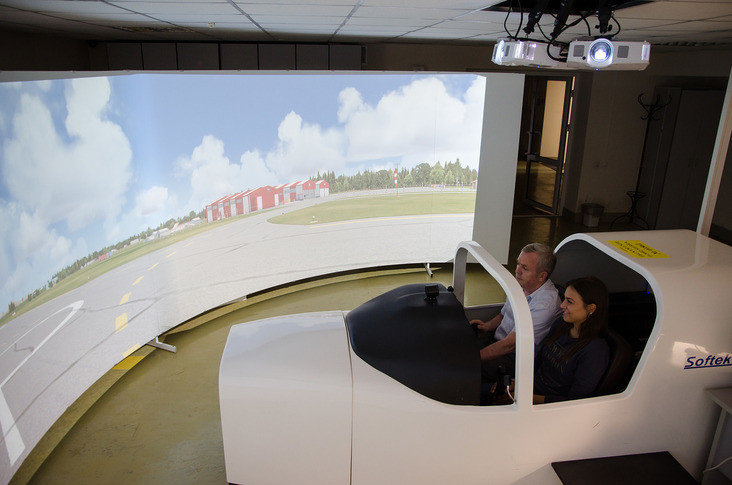 Modern aircraft are high-tech machines which make it possible to fly in almost any weather conditions, day and night, at high altitudes and over huge distances.

The avionics installed in modern aircraft have made it possible to reduce the crew to two pilots, removing the navigator, flight engineer, and radio operator from the cockpit, because the work that was completed by these specialists was put upon the pilots’ shoulders.

Pilot training is a long, tiresome process that begins with the MFEC – medical flight-expert commission, which leads crew members through the rest of their lives. The theoretical portion of the academic process organized at the Faculty of Aerospace Engineering is one of the most important parts of training for future pilots. Another important condition for working as a pilot is knowing English.

Theoretical knowledge is reinforced in practical training which consists of two parts: training on a simulator and in an airplane.

The university has technical resources for training which are used in the academic process which have been developed as representations of the Italian brand Tecnam: single-engine initial training model P2002 SIERA and the final two-engine P2006 TWIN.

“This is what the simulators are made for, to develop all of the actions on land as they should be done in flight until they are automatic. Emergency landing, engine failure, fire – all of these special situations are worked through in the simulator, so that in flight you don’t have to open up the instructions and flip through it, you don’t have to search for what you need to do. All of the instruments in the simulator are copies of the version from the airplane exactly. The simulators are meant for everyone: those who have been flying a long time and those who have just started to fly. Among the crew you must develop teamwork,” says the pilot trainer for the flight simulators at SUSU, Evgeniy Gammer.

One of the most complex systems of an aircraft is the engine. So, to study the engine, the university has a specialized classroom where students of the Faculty of Aerospace Engineering study it in operation and out of operation.

“In the classroom of aircraft engine design there is a stand for the engines of the Italian aircraft of the Tecnam brand. All of engine parts are dissected, so you can see how the mechanical parts of the engine work. Also, it is similar to an automobile engine, so it is easier for students to process. In the future, students move on to more difficult technology – gas turbine engines. The construction of linear airplanes is studied in the second year of the academic program with the ATPL module. For this, students have access to the Yak-40 airplane, which is the foundation for mastering more difficult technologies.” said the head of the department of aircraft personnel training, Sergey Hatuntsev, continuing the conversation.

Students of the SUSU Faculty of Aerospace Engineering complete practical training at the Chelyabinsk Pilot Academy for Civil Aviation (ChPACA) ChelAvia. The academy meets all of the standards for students’ quality education. They have flight simulators for pilots which make it possible for the students to get used to the cockpit and visually study the systems for starting up and controlling the aircraft.

The aviation park has aircraft from the Italian brand Tecnam, specifically, the models P2002 and P2006 in which future pilots hone their mastery in the air.

“The academic (flight) practical lessons are completed in the aforementioned aircraft and consist of 150 hours of training which allows the graduate the possibility of receiving a certification as a commercial pilot. After receiving this certification, they can work in aviation companies with aircraft from Ai-2 to Airbus and Boeing. The 2017 graduation was held in June and included 32 people,” said the deputy director for aircraft safety of ChelAvia, Sergey Kurbatov, sharing more details.

So, together with ChPACA, the SUSU Faculty of Aerospace Engineering successfully completes its main job – it trains competent, theoretically-savvy, practically-trained pilots able to fly on both single-engine and twin-engine airplanes, ready for work in modern aviation companies.