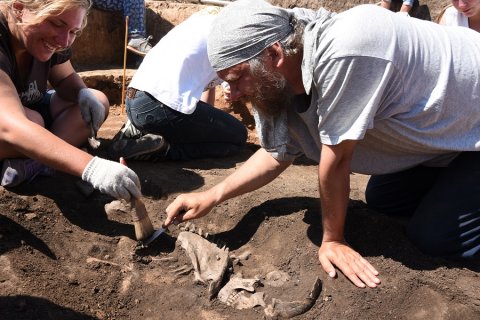 On August 15 all archaeologists of Russia celebrate their professional holiday. It is not a day-off, mainly because archaeologists always celebrate it at work, in a field. The main motto of archaeologists, just like of all scientists, was formulated by the Strugatsky brothers: “Monday starts on Saturday.” We talked to the leading scientist of the Institute of History and Archaeology UD RAS, doctor of historical sciences, the leading scientist of the Scientific and Educational Center for Eurasian Studies of the SUSU Institute of Social Sciences and Humanities Andrey Yepimakhov, for whom the legendary Strugatsky brothers’ phrase is an unconditional dominant and a solely possible schedule. The scientist told us what makes the Chelyabinsk region famous and why colleagues from Harvard and Pittsburgh come here.

Scientists of SUSU’s Scientific and Educational Center for Eurasian Studies of the Institute of Social Sciences and Humanities annually take part in archaeological excavations along with students. For many years they have been studying one micro district of the Chelyabinsk region. At its territory there are more than 30 unique historical objects: starting with the Stone Age encampments up to ethnographic monuments. Students don’t need to take part in specially organized excursions or read voluminous books: all the history can be “touched by the hands” here, in one spot. This year, the object of research is a burial ground called Stone Barn 5. 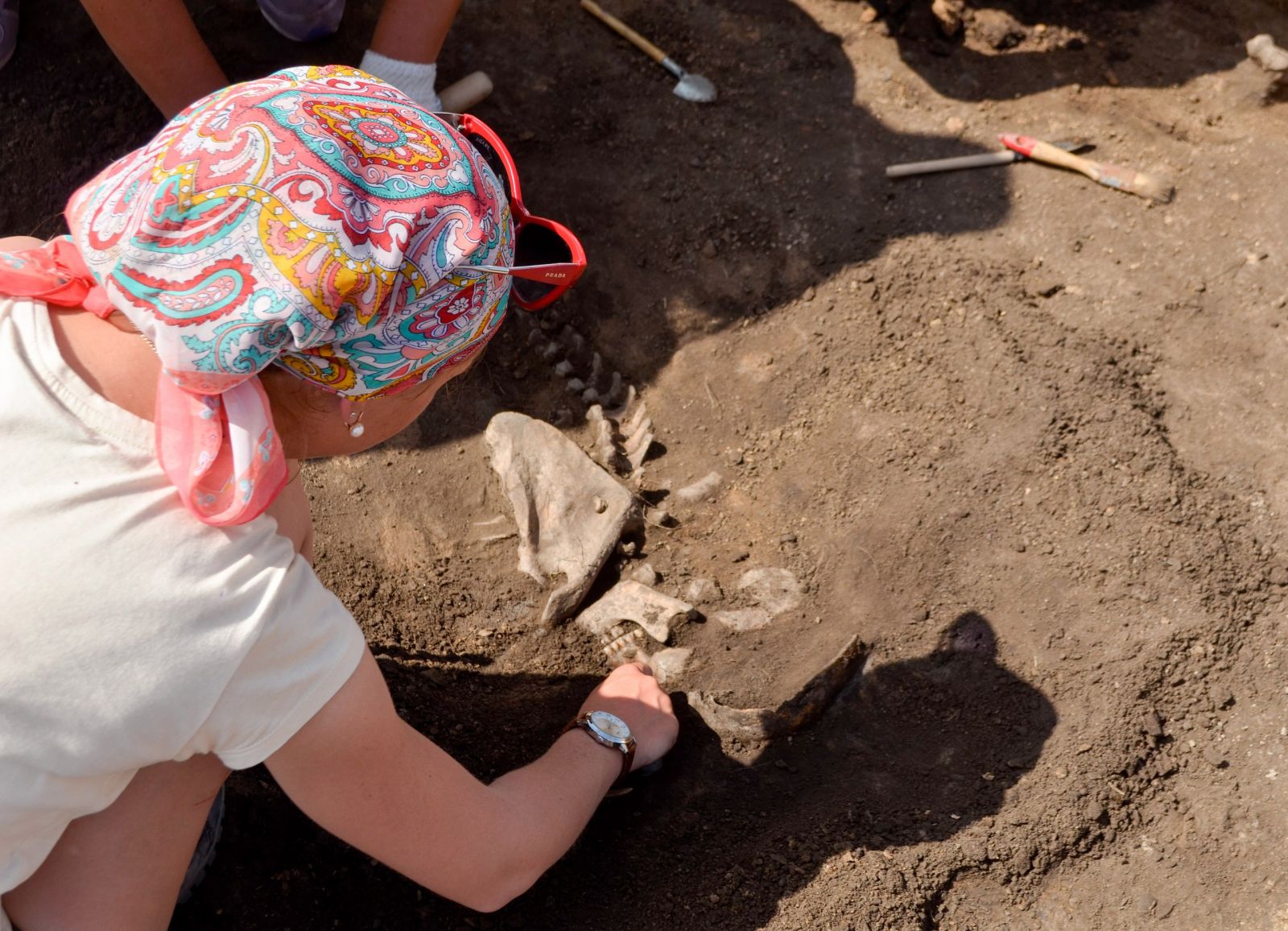 Andrey Vladimirovich says that at the moment they are working with monuments of the Bronze Age:

“Previously, our ancestors’ belongings were the main object of research and a source of knowledge. Nowadays the remnants of ancient people have become a unique carrier of various information. From this point of view, this year’s excavations were very successful as we obtained skeletons of good state of preservation. And even now we can affirmatively say that we have “detected” marks of ancient medicine at people who lived 3500 years ago!

On one of the found skulls the marks of curing a heavy healed trauma are distinctively noticeable. People of the Bronze Age managed to perform a very rare and dangerous operation – the craniotomy, which even nowadays is considered to be comparatively difficult. And after that the person not only survived, but also lived for a long while. We need to consider that back then there were no instruments made of stainless steel, no antibiotics of normal sanitary conditions. But people somehow managed to delete a part of the skull, disinfect it, and stitch up the big wound,” tells Andrey Yepimakhov.

Now anthropologists and other “narrowly focused” specialists, such as geneticists, for example, will be working with the found materials:

“For the burial ground Stone Barn 5, the process of DNA purification was long and complicated. Our colleague from Harvard Medical School David Reich is leading a group of scientists working with paleo-DNA. According to his words, it is exactly on the materials of this burial ground that they managed to recover the largest in Northern Europe series of ancient DNA consisting of 30 people, among which there were brothers, sisters, and even relatives of the third generation. But 6 people are outsiders, they are clearly foreign at this territory,” explains Andrey Vladimirovich.

These are the results of determining the materials of an early group of this micro district’s residents. In the new field season, SUSU archaeologists found later materials. And the next step is to recover and compare their DNA: is it possible that there are kin relations between the early and the late groups of residents? That is why the obtained samples are soon going to be sent to Harvard laboratory. 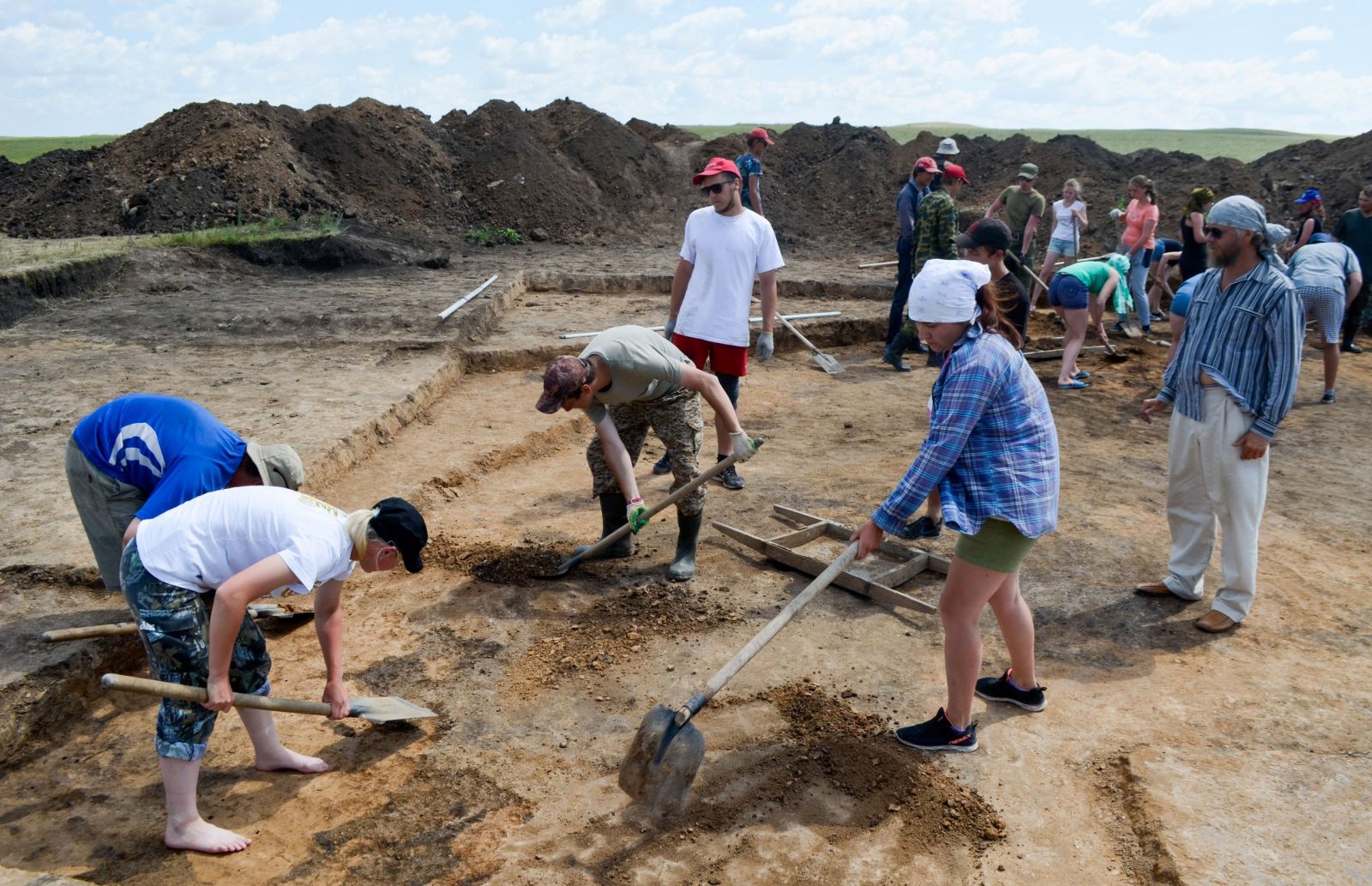 “I hope that our work will not only take on a form of scientific articles. I believe that we will publish a monograph based on the results of this year’s excavations,” says Andrey Vladimirovich.

Archaeology significantly evolved over the last decade. Many approaches have changed. Now it is moving from solely humanities knowledge towards natural sciences.

“But Archaeology will never become a completely natural science, as it studies men, and a man’s behavior can’t always be explained rationally. We try to involve specialists from different scientific areas, who are capable to obtain principally new information based on our materials.

For example, archaeologists have never before showed any interest in what type of ground is covering remnants of dead people. But over the last years a new interesting specialization – parasitology – arose. Now there is the possibility to study diseases which were attributable to ancient people. For this purpose, all we need is to take a ground sample near the discovered remnants. Such new allied sciences help Archaeology to switch from studying things to studying people.”

A question arises: what is the main destination of Archaeology? Nowadays, simply discovering belongings of ancient people is clearly not enough; it is also necessary to analyze data obtained by various specialists: geologists, geneticists, parasitologists, climatologists, etc. The next step is to synthesize there data for reconstructing historical processes:

“Archaeology does not recover history in its usual sense: we don’t have personalities, their deeds or events. But we help to see other side of the history which often does not find a reflection in written sources. It often helps to see already known historical facts differently, or discover new ones. Professor Robert Drennan from the University of Pittsburgh (USA), who came to the excavations, in his lecture for SUSU students expressed his understanding of an archaeologist’s destination in one succinct phrase: ‘We are studying where we were in order to understand where we are going’.” Nowadays SUSU archaeologists, while cautiously collecting and preserving the past, are setting a large foundation for the work of future generations of scientists. And in this regard, Monday starts on Saturday.