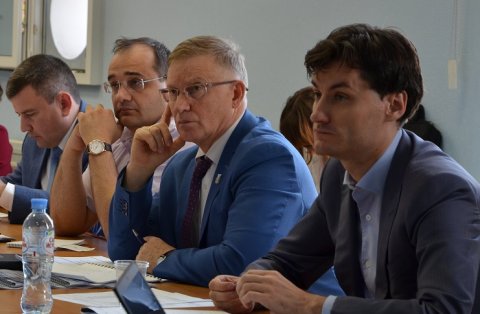 Discussion of the university’s developmental models lead to lively discussion. Many participants of the round table leant toward the opinion that the university is a key factor for retaining young, talented people in the region and the basis for the future development of the South Ural region.

According to director of the School of Electrical Engineering and Computer Science, candidate of physics and mathematics Gleb Radchenko, university is a trampoline into life for graduates:

“Today, many students with high points are leaving the region because they don’t believe that they have any prospects here to build a good career. It is in our power to deliver a thought to graduates while creating the university’s development strategy: staying here, they can change the future of their birthplace,” stressed Gleb Igorevich, “The university must be a flagship for the development of the region. And the projects of university graduates must carry information about our university outside the borders of the Ural region.”

On the first day, much attention was also paid to the specifics of building future financial and economic models of the university’s development within Project 5-100. 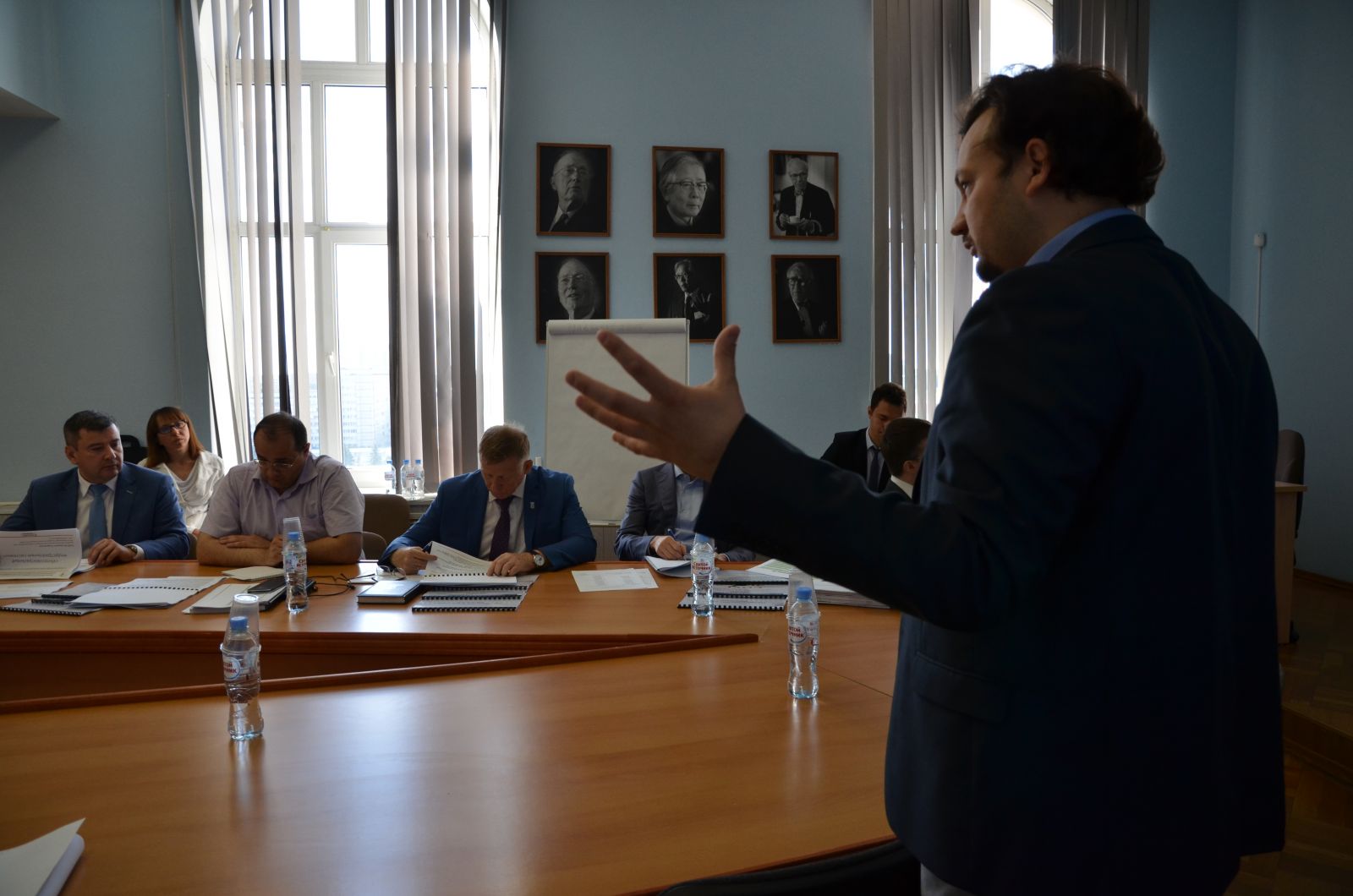 Throughout the second day, representatives of the institutes and schools presented projects for possible strategic academic units (SAU) for the university’s development.

Director of the School of Electrical Engineering and Computer Science, Gleb Radchenko, presented SAU “Intellectual Industrial Systems”, the goal of which is for an interdisciplinary scientific and academic platform to appear at the university. Within this SAU, the university will train a new generation of specialists focusing on solving issues of digital economy. Implementation of this SAU will enable the university’s leadership in the digital industry in Russia and around the world, which is especially pertinent in light of international digitization (the introduction of Industry 4.0).

Director of the SUSU School of Medical Biology, research head of the laboratory of hepatology, professor Vadim Tseylikman presented a concept of the SAU “Innovative Biomedical Technology Cluster in the Systemic Problems of Stress”. This SAU involves solving global issues of increasing quality of life under conditions of chronic stress. Throughout realization of the SAU, plans include, in part, modernization of the market of academic programs and saturation of said market with a new format of specialists (system biotechnician, biopharmacologist, expert of customized medicine, and so on).

The dean of the Faculty of Aerospace Engineering of the SUSU Polytechnic Institute, doctor of technical sciences, professor Aleksandr Kartashev offered a presentation of SAU “Aerospace Engineering”. This SAU aims at creating methods and technology to protect the Earth from small space objects (asteroid defense).

Director of the Institute of Open and Distance Education, candidate of economic sciences Aleksandr Demin, presented a concept for SAU “Ecosystem of continuing education” which aims to transform the university’s academic environment based on technologies of electronic and distance education.

“Due to the current situation, the most logical choice for the development strategy of SUSU’s academic activities is the formation of elite training zones within the suggested strategic academic units with unique opportunities for applicants, the possibility of attracting talents, and a more creative approach to the structure of the academic process, as well as maintaining the university’s trend of development which is working according to the needs of the Russian economy.”

The university team still must defend their concept for strategic academic units at a meeting of the International Council for Increasing the Competitiveness of Leading Universities in the Russian Federation in October 2017. 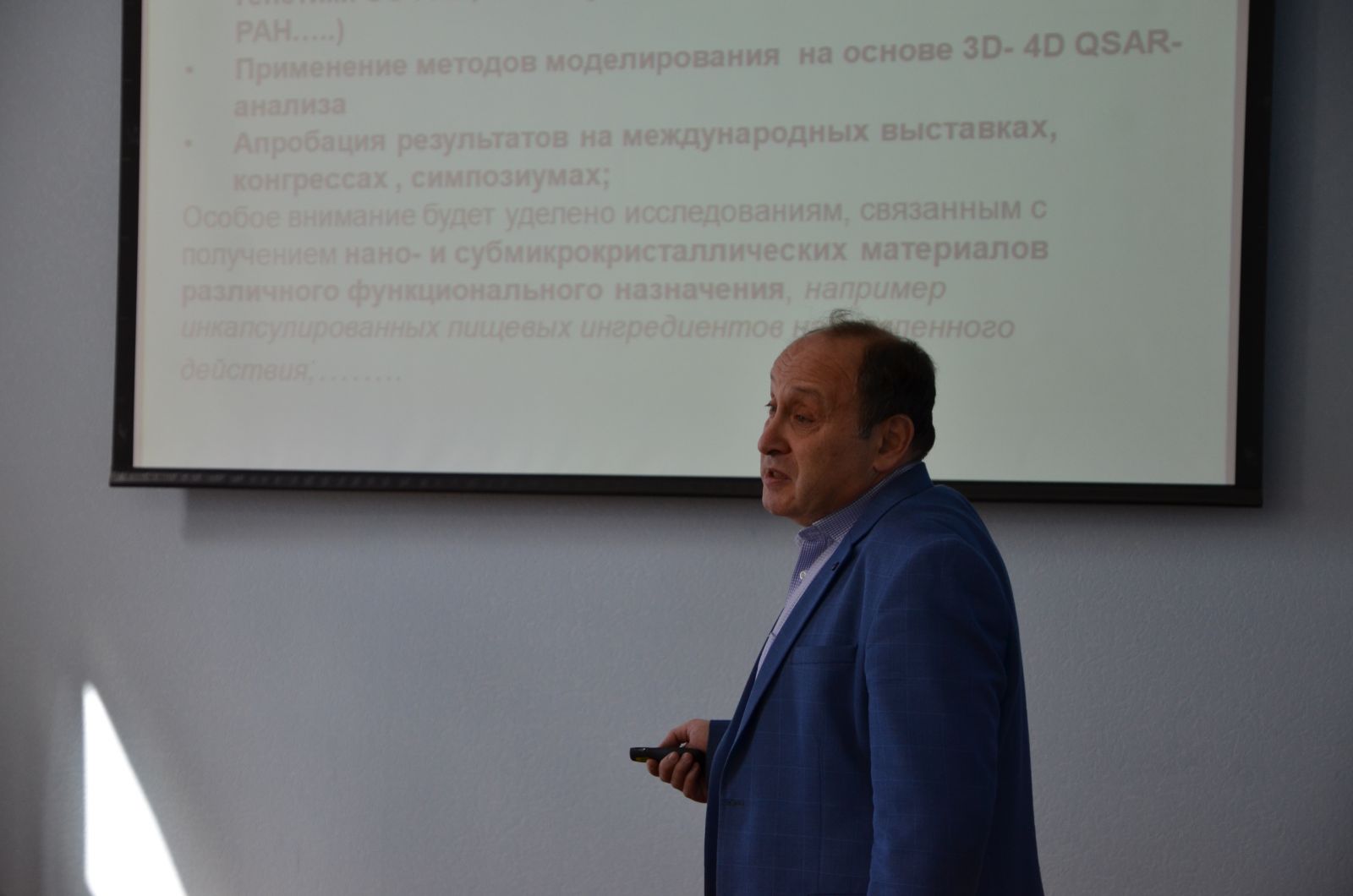