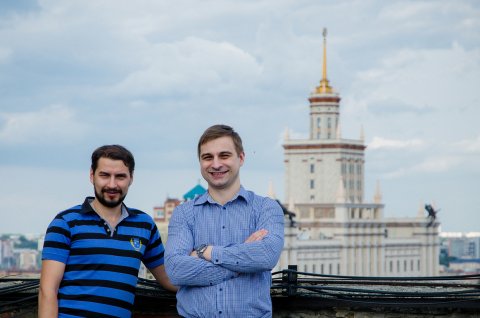 Have you ever been in a situation where your airplane landed with clouds and total lack of visibility? Was it frightening? Now it’s possible not to fear such difficult landings!

At South Ural State University, the research collective of the Department of Design and Production of Radio Apparatuses of the School of Electrical Engineering and Computer Science created a modern instrument landing system (ILS). 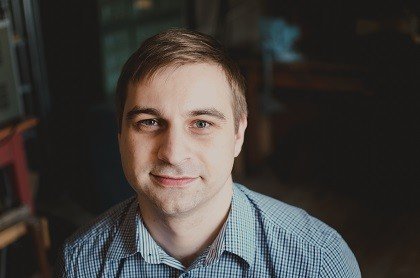 Vladimir Dumchev and Oleg Korablyev made their first steps in their research in their third year of study:

“Our scientific advisor, doctor of technical science, professor Nikolai Voytovitch, asked us to complete calculations for an antenna for course and glide radio beacons using an automated design system. Over two years, we worked on these calculations, because we weren’t very fast, we were still getting the hang of it and we did this in our free time. After we completed our calculations, Nikolai Ivanovich inspired us to enroll in a master’s program and proposed working on our own research,” say the young researchers.

The work of this system is built thus: the land-based device for the instrument landing system, using radio technology, forms a line of landing entry in a space, formed by the intersection of the plane of the course and the plane of the glide path. While approaching the airfield and during descent, the plane receives the system signals and, at the same time, the pilot gets the information he needs: whether or not the airplane is deviating from the course sent, and what trajectory he should use for landing. 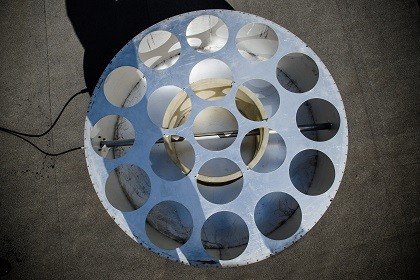 Nikolai Voytovich has been studying and building these systems for decades already. The students are followers of the professor and continue to improve ILS:

“With the help of our developments, an airplane can enter landing and land practically blind. For example, a course radio beacon gives the direction along the axis of the runway, while the glide radio beacon determines the incline plane relative to the Earth. The line of their interaction is the needed trajectory for the plane’s landing,” says the young researcher.

In the master’s program, the work of the students was divided in to two areas. Oleg began researching and creating course radio beacons, and Vladimir worked on constructing antenna systems for glide radio beacons which consist of 4 resonating antenna and a partially clear surface.

Over a few years, Vladimir Dumchev worked on questions from enabling the control of systems for individual emitters to the development of the design of the antenna itself.

Vladimir says, that when creating an antenna for the radio factory Polyot, which works on radio navigation and radio location systems, he learned to figure out issues of developing and correcting design documentation and configuring antennas.

Oleg Korablev is working on the research and development of course radio beacons. One of the tasks before him was to calculate whether or not antennas were resistant to external weather factors: rain, snow, and ice.

The thing is that with the effect of various precipitation, the course’s plane should not deviate from the axis of the runway. This is only allowed at a minimum permissible angle which is measured in units of minutes.

“With strong weather, ice on the antennas, or wet snow sticking to the antennas, the characteristics of the course radio beacon can chance, and the course plane deviates from the given axis. Calculation of such deviation is practically impossible to produce in theory. We had to look at how antennas would behave in real life. So we created a model and kept an eye on changes to the characteristics with various conditions,” says Oleg Korablyev.

The second task that the postgraduates faced was to calculate the antenna’s strength. The antenna should be strong enough to withstand wind or other external loads. At the same time, as paradoxical as it is, they must be flexible.

The antenna of a course radio beacon is located 400-1000 meters from the end of the runway. If the airplane suddenly flies outside the bounds of the strip, the antenna should collapse and not break the plane. If you look at this from an economic point of view – an antenna is cheaper than an airplane, but human lives are even more invaluable. Last year, Oleg and Vladimir became winners of the contest Scientific Perspectives, which was held at SUSU within Project 5-100. They have already received the grant, the funds for which went towards estimations, making models, stands, sensors, and final laboratory testing.

In the near future, the postgraduates are planning on publishing the results of the scientific research in one of the journals released by the Institute of Electrical and Electronics Engineers (IEEE) which is included in the Scopus database.

The young researchers are holders of Russian patents for their developments and inventions. Prototypes are already installed at Chelyabinsk region airports and documents are being prepared for the certification of the new system.

At this time a second set of equipment and instrument landing system is being prepared for serial manufacture.