Aleksey Ovakimyan: Healthy Adventurism and an Innovative Approach are What You Need to Succeed in this Profession 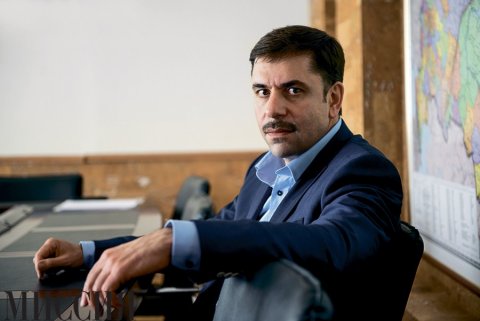 Experts in economics, planning, and management of economic resources in micro and macro levels have always been respected. In Ancient Greece, Aristotle, in his tracts “Topics” and “Politics” ask the question of man’s processes of industry. In his paper “Economics”, Xenophon thoroughly described the economics of Athens. More famous economists of the 21st century are Paul Krugman, holder of the Nobel prize in economics, past head economist of the World Bank, and Nobel Laureate Joseph Stiglitz, ex advisor of economics for the GenSec of the UN and author of the concept of shock therapy, Jeffrey Saks. All of these memorable personalities are brought together by one thing – quality economic education and a non-standard approach to their job.

Graduate of the SUSU School of Economics and Management, candidate of economics, ex vice-governor of the Chelyabinsk region for legal, property, and investment rights, current owner of the auditing group for the Avuar company, Aleksey Ovakimyan told us how education received at South Ural State University helped him realize himself and what qualities are necessary for young specialists.

— Aleksey Dmitrievich, why did you choose SUSU to receive your profession as an economist?

— When I decided to enroll in the part-time division at SUSU, simultaneously working in the administration of Federal Service of Tax and Revenue Police of the Chelyabinsk region, the combination of two faculties with good academic and teaching potential occurred – the faculty of Economics in Mechanical Engineering and the faculty of Economics and Construction, which is what attracted me. I am happy that I did not make a mistake, since I came to study after the army and was able to analyze where the where the best academic systems were located. I think that I got lucky, because at that time, SUSU had accumulated the most progressive teaching staff which gave us quality basic knowledge.

— How has the knowledge you gained in university helped you?

— The main thing was the charismatic teachers who were able to make us fall in love with their subject. There were many of them. For example, the teacher in accounting, Irina Vasilevna Khlopotova, whose phrase I remember to this day: “Accounting is a way of understanding the surrounding world through the balance of assets and liabilities.” Or Vyacheslav Nikolaevich Smagin, an absolute guru in his subject – Financial Management. All of these people gave me a desire to work and develop in this profession.

— How interesting was it to study?

— Very interesting! I studied in the part-time division, working in tax policies, so I once again verified a well-known truth – it is best of all to master the knowledge that you feel you lack. This was a good school for me as a young economist: the specifics of work force bringing various fields into economics. At that time, my groupmates were already part of the new generation of economics, unlike those who received education in the soviet economic schools, we understood the difference between planning and market economics of the future, and at the same time, we were more competitive than our colleagues. After all, in the 90s, market economy was something new and wild, methods for controlling it were also considered atypical, there were no algorithms, all of the standards and norms were created on the spot. The exchange rate for the dollar changed many times over a month, and the law also changed that much.

— Do you have some bright memories about your years of studying at SUSU?

— There was a funny story when I was choosing my topic for my final project. At that time, it was very stylish to write about bank activity, however, I must give my scientific advisor Vycheslav Nikolaevich Smagin his dues – who taught me a lesson, or, as it’s called now, gave me coaching. I burned with the idea of writing my final project on bank activities, in particular, leasing and factoring. I told Vycheslav Nikoaevich my wishes, and he didn’t try and convince me, but sent me to bankers to find out the actuality and applied character of this final project. I was quite surprised when I heard that theory and practice are divided and this topic was of no interest to bankers, since at that time, these organizations had two main sources of income which brought them surplus profits – crediting and money exchange. Upset, I came to Vycheslav Nikolaevich, who set me straight to write my paper on the topic “Economic Safety in Business Activities”, which I ended up defended with top marks, graduating SUSU with an honors degree. After a little more than a month, I had a call from my alma mater, where they were inviting me to teach the aforementioned course in lectures. So, for ten years, from 1998 to 2008, besides my main work, I also gave lectures to students, which I was very happy to do. After all, it is well known, that there are 2 methods to thoroughly master a subject – either go study it, or go teach it. It’s more effective to teach. Besides new knowledge, I also gained some speech skills and learned to speak to an audience, which I couldn’t do before.

— Does your company work with SUSU?

— Absolutely, many graduates of the SUSU School of Economics and Management work at Avuar GK. More than that, for us, SUSU is our foundation, with whom it is comfortable and effective to work.

— What can you wish recent graduates to realize their potential in their careers?

— In our dynamic time, you will never achieve anything with a standard approach to traditional markets. You need to look for innovative approaches to traditional markets, or for new markets. Then you will have a chance of success, however, of course, there is also a huge chance of failure. So among personal qualities, I would note also bravery and willingness to take risks! After all, the most dynamically evolving market over the last 200 years is the USA, formed by adventurers who didn’t fear crossing the ocean. In business, healthy adventurism and innovation, in the good sense of the word, is very important.