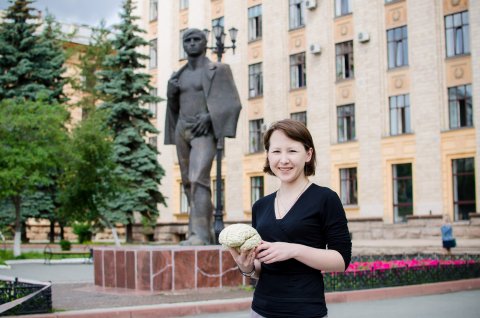 Let us talk about serious things: what can be more important for us than health of our loved ones? But a healthy person should be healthy not only physically, but also psychologically.

According to the Ministry of Healthcare, in 2010 alone, more than 2 millions of alcohol addicted people were registered, among them 19 thousand residents of the country suffered from severe alcoholic psychosis. And these numbers increase year by year.

Scientists of SUSU developed a system for revealing initial symptoms of this horrible disease, and are planning to make it available for population.

The project is carried out by Anastasiya Novokhatski, postgraduate student of the School of Medical Biology, senior lecturer of SUSU. Conducting such a research is a part of dissertation work of the young scientist. This development is truly unique and has no analogues in the world.

Last year, she won the “Scientific Perspective” competition which was held at SUSU in the frameworks of Project 5-100, and obtained grant for her project in the field of clinical psychophysiology (a science at the intersection of clinical psychology and medicine). 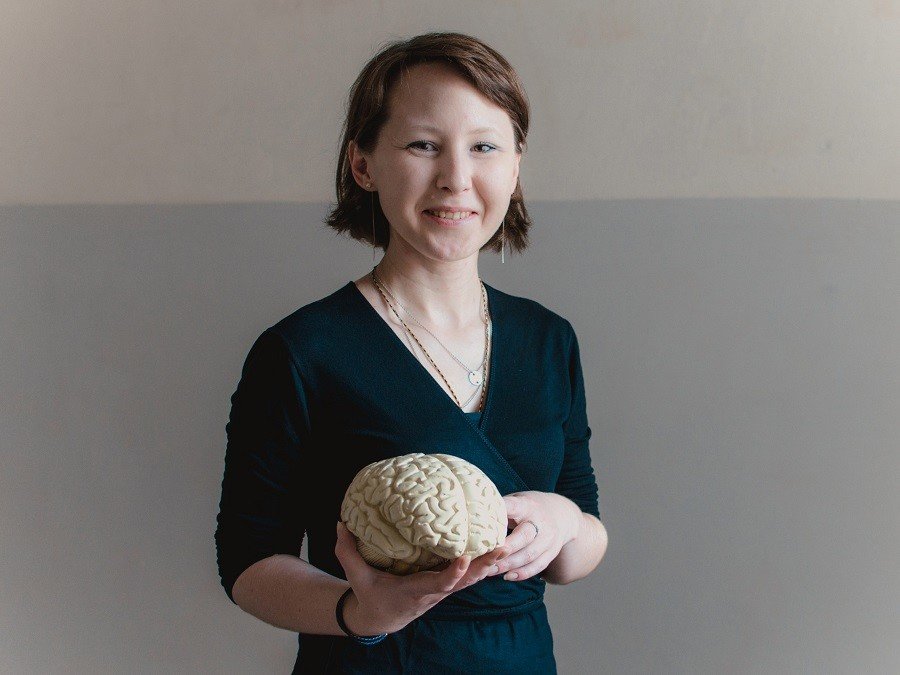 As the scientist says, clinical psychology is targeted at solving healthcare problems and deals with a person’s condition between norm and disease, or with already distressed mental processes. Alcoholism is related to the latest.

“We study all mental functions of a person, starting from primitive ones (sensation and perception) and finishing with higher functions (speech, thinking, intelligence)”.

Special attention the scientist pays to researching the personality structure of alcohol addicted people and their emotional state.

“The purpose of our work is to monitor how disorders are changed and formed for this category of patients, and what measures can be applied to them: just preventive or already curative,” says Anastasiya Novokhatski.

It has been proved long ago, that after 5-6 years of excessive drinking starts forming a disorder personality and mental functions . A person himself or herself does not notice it. The person thinks that he/she drinks as much as his/her friends (and they surely are not ill). Meanwhile, irreversible consequences of destructing brain’s structure have already started in the person’s organism.

“First of all, we detect micro disorders, their first signs, and develop a system which can help a potential patient to scan himself by his own and discover if he is suffering from alcoholism. This is the first step, a motivation for going to see a doctor”, says the young scientist.

Upon the recommendations of the World Health Organization, alcohol allowable consumption rate in Russia is 1-2 glasses of wine per week.

In Southern countries alcohol allowable consumption rate is entirely different. It depends on metabolism and quality of drinks. Factors that also should be considered are: individual alcohol tolerance, age, sex, personal weight, hereditary background and presence of different diseases.

Anastasiya Vasilyevna and her scientific supervisor – head of the Clinical Psychology Department, candidate of medical sciences, associate professor Mikhail Berebin - tell that the system is going to look like a mobile application for smartphone with additional fitting.

“It will be based on classical domestic neuropsychological examination for assessing memory, attention, and thinking. They are easy to check using a mobile phone or a tablet. Electrophysiological data, such as brain activity, cardio activity, skin reactions, is obtained with the same method. And all of it can be united in the frameworks of a single application!”

Advantages of the research are in the fact that there is a large group of people who, because of absence of time or money, cannot undergo different expensive examinations such as cardiography, electroencephalography, etc. In some residential areas there no such specialized doctors or necessary equipment.

“Right now we are working over theoretical foundation of the research, processing the results and technical task for programmers. In about 1-2 years we are going to conduct clinical testing of the application,” shares her plans for the future Anastasiya Novokhatski.

If developers of the system come to an agreement with manufacturers of medical equipment, the fitting itself might become free of charge for Russia residents. The mobile phone application will be available in application stores.