SUSU Researchers Developing Photogrammetric Systems with No Analogues in Russia 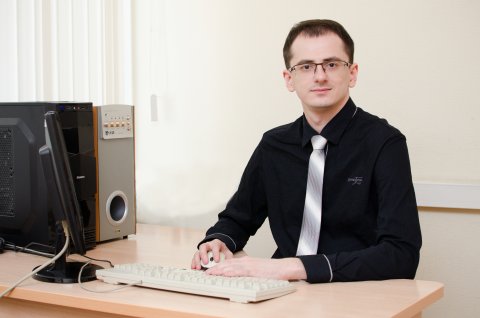 Researchers of South Ural State University complete research in various fields. Within the 5-100 Project, the contest Scientific Perspectives determined the best ideas and developments among SUSU postgraduates. One of the winners was postgraduate of the Department of Informational Systems in Economics of the School of Economics and Management, Semyon Tushev, who is working on an innovative, photogrammetric system under the guidance of the head of the department, doctor of technical sciences, Boris Suhovilov. Photogrammetry is a technical research discipline which involves determining the form, size, position, and other characteristics of objects from photographs. It appeared in the middle of the XIX century, practically at the same time as photography itself. This science received a new stage of development in the last century in relation to the appearance and mass implementation of personal computers, means of acquiring, storing, and processing digital images, computer vision methods, and pattern recognition.

“We measure coordinates of points based on photography, and with the coordinates we receive we complete high-accuracy measurement of the size and form of an object. For example, we can easily see deviations from the predetermined shape of a satellite dish, even if it is hundreds of meters in diameter. In the aerospace industry or automobile engineering, our system helps figure out how well an object has been built, since we can measure the difficult shapes of a wing or hood with high accuracy,” says Semyon Tushev.

Despite the fact that computer vision and photogrammetric systems are fairly popular around the world, South Ural State University researchers must develop many algorithms from scratch. In international research journals, there are many publications available dedicated to the general principles of building systems or separate algorithms. However, achieving the creation of a high-accuracy system is impossible using freely available materials since the details of construction which enable such high accuracy are the trade secrets of the developing companies.

“We have our own new developments in this area, our own unique solutions in the search for corresponding points. We use point searching with the help of graphs. (Ed. note, here graphs are abstract objects consisting of vertices and lines, or connections between the vertices). The unique feature of our system is that it must be mobile. One of the methods of increasing the efficiency of a mobile PC is using parallel algorithms. We use technologies similar to those of supercomputers but in smaller scale. We were able to create a fast, parallel algorithm for searching for matching points, which allows us to receive the information we need quickly,” shares the young postgraduate.

The work of photogrammetric systems consists of the following: photoreflective, circular targets are placed at designated points on a measured object, the centers of which coincide with the control points. Code markers designed to determine the position of the camera and scale rule are placed on the object or near it. After this, the object is photographed “by hand” with a digital camera built for working within this system. The spatial coordinates of the control points are determined with computer post-processing of the images, in which the circular targets are identified and the coordinates of their centers on the sensors of the digital camera are measured. 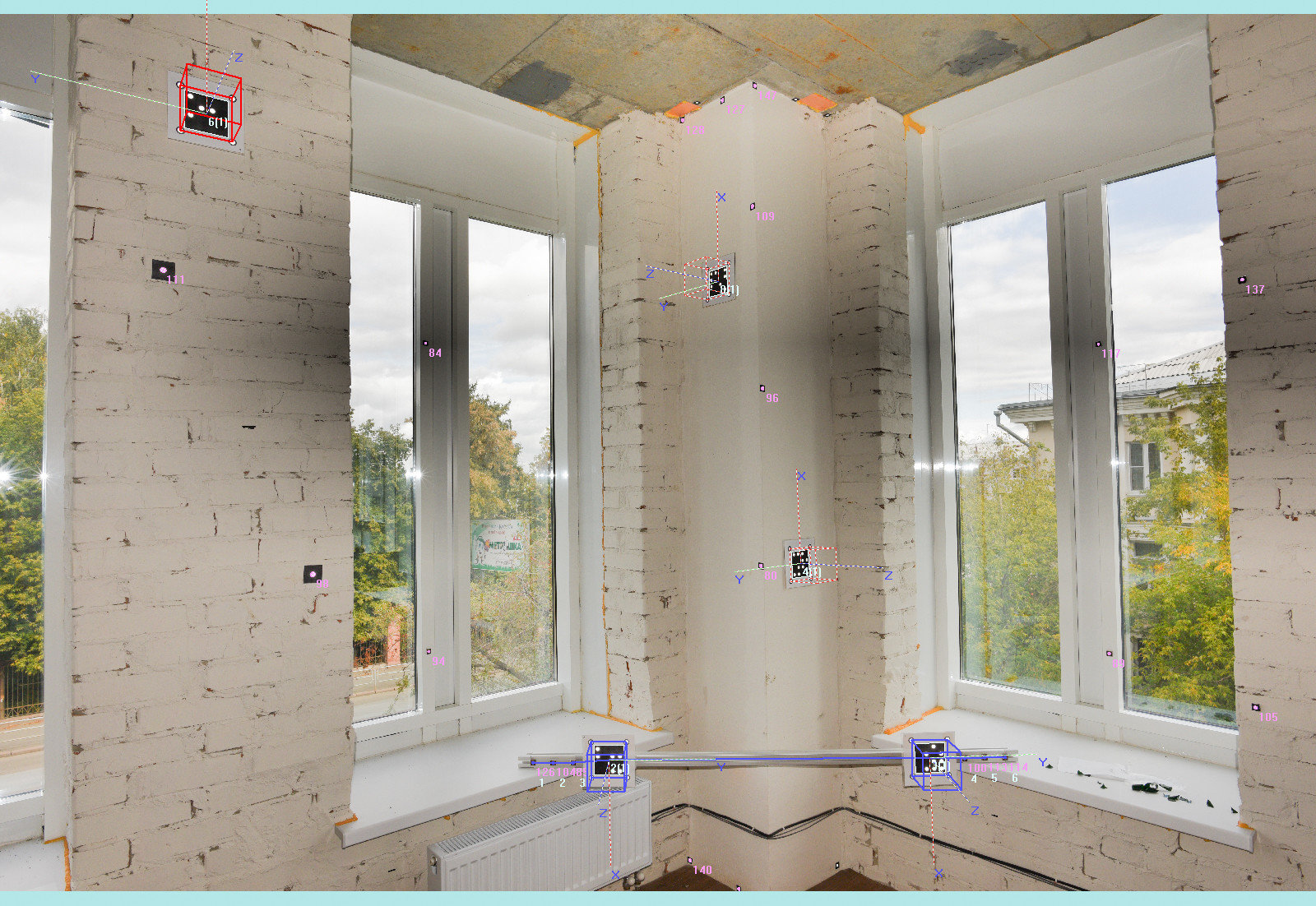 “At this time we are working with individual markers, but we'd like for our system to automatically determine the contours of the object being measured,” explains Semyon Tushev. “With this current version, after the photos are taken, we can work with the photos processed by the system, but on a 3D model we only see the points in space and code markers. Of course, if we're working with plans in a CAD programming we don't have any issues. But for building or for forensics (for example, when analyzing vehicle accidents), we'd like for the system to create and show the contours of the scene in a 3D model on its own. This will improve the system's attractiveness. Now, of course, clients are buying it, but if it has this additional function, the range of clients will expand significantly.”

The main advantage of the created photogrammetric system is that it is totally automated and no-contact. With its help it's possible to measure the size of fairly large objects very accurately. The developed system can be used without the human participation. They just need to put the special markers on the object, and then the system automatically completes measurements. In addition, the photogrammetric system created by South Ural researchers differs by the high accuracy of its measurements: up to 10 micrometers per meter.

“It's important to note that this is an import-substituting solution. There is also the system V-STARS from the company Geodetic Systems. It has similar function but the cost of our system in analogous configuration is significantly lower. Of course, we must still complete development on the user interface and add new functions, but in general, the system is ready,” says the young researcher. 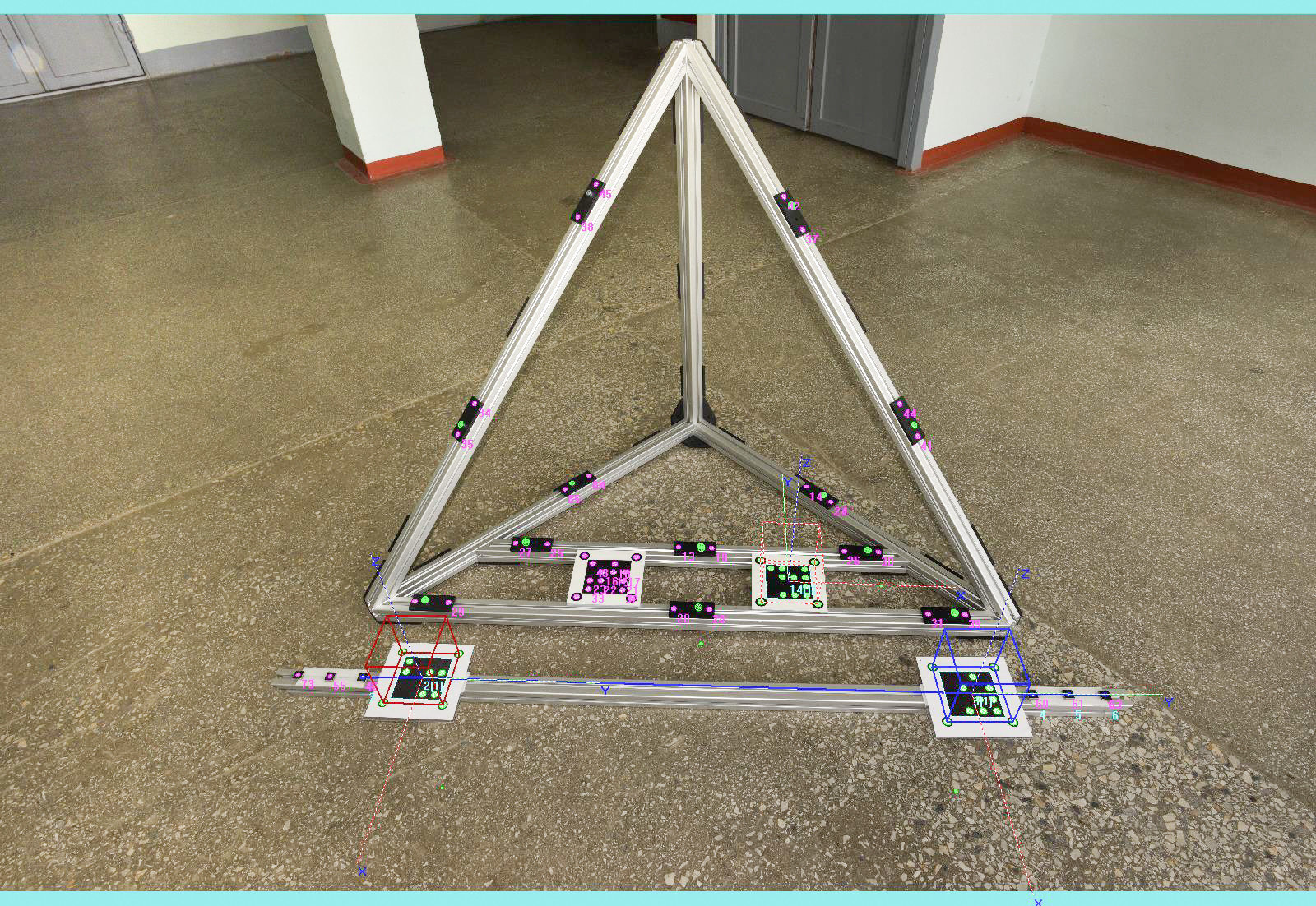 The area of application for this photogrammetric system is very broad. It can be used in mechanical engineering, construction, aerospace engineering, and even in archaeology. A prototype of this system has been implemented at the company UralTransMash in the manufacture of a promising low-floor tram R1. This system is already being used in a few businesses of the aerospace industry. A number of building companies are also showing interest in this development and discussions are being held with them now.