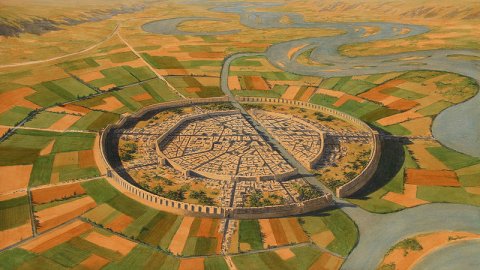 This year, researchers will resume excavation of the archaeological monuments in the historical and cultural protected area Arkaim in the Chelyabinsk region after 10 years.

«We must note that these studies will be the first in Arkaim valley after a 10-year excavation break. Since 2006, there has been no work completed within this protected area. They are also valuable since they will be completed before tourists – people will be there and find out what was brought up from underground and what kind of new information was received about the ancient history of this area,» said the press service of the regional Ministry of Culture.

The burial ground is called Aleksandrovskiy IV and was already partially studied in 1989.

«At that time, six burial grounds from the Arkaim and pre-Arkaim periods were dug up. After a few decades, researchers returned to these materials and determined the main burial sites,» the press service clarified.

The scientific curator of the new expedition is South Ural State University professor and senior researcher of the Institute of History and Archaeology of the Ural Division of the RAS, Andrey Epimakhov.

«Students of the Chelyabinsk State University Faculty of History and Philology, school students, and volunteers will be participating in the excavations,» said the press service.

About the protected area

Arkaim was a settled area from the bronze age (XXI-XVIII B.C.), discovered in 1987 in the south of the Chelyabinsk region when building water reservoirs. The settlement was founded by a predetermined plan with concrete city-building ideas and complex architecture. Here they did metallurgy, weaving, pottery, and animal husbandry.

In 1991, by decision of the Union of the Ministries of the RSFSR, the territory of the Arkaim valley and 15 surrounding areas with archaeological monuments of ancient culture were declared protected. The founded the historical and cultural protected area Arkaim, which is a structural subdivision of the Ministry of Culture in the Chelyabinsk Region and does museum, security, scientific, and tourist work.

In the field season of 2015, the elongated skill of a woman who lived there 1.8-2 thousand years ago was found in excavations in the vicinity of the protected area. Last year, archaeologists found the well-preserved skeleton of a nomad with an elongated skill and the remains of two men. The finds over the last three years are from the late Sarmatians, an ancient tribe which roamed the territory of modern Ukraine, Kazakhstan, and the south of Russia, whose members deliberately stretched their skulls to make their tribe distinct.

From materials on the site of ITAR-TASS