Say ‘No’ to Breakdowns and Car Crashes! An Ambitious Project in the Field of Automobile Construction Successfully Completed at SUSU’s Center of Computer Engineering 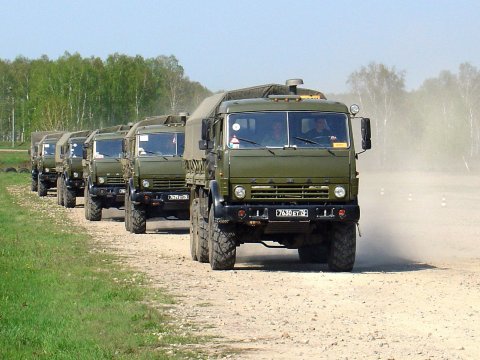 “The people who do not want to feed their own army will end up feeding somebody else's…” - these immortal words of Napoleon still remain relevant.

The Ministry of Defense of the Russian Federation has reviewed and accepted the results of the project “Scientific research in the field of determining the residual life of the main units and aggregates of military automotive equipment”. The project became a cooperative development of the leader of domestic trucking industry, OJSC KAMAZ and the SUSU Center of Computer Engineering.

Work over the project started at the SUSU Center of Computer Engineering in the last year’s January. An ambitious challenge was set for engineers: to design a device which would allow us to accurately determine how long an automobile is to drive before a breakdown or repair. It is not necessary to explain, how useful the invention is, as it allows for a timely informing of maintenance services, avoiding emergency situations and car crashes, and therefore maintain the motorized troops in a state of high battle readiness.

The main responsibility for working over device’s development and project supervision was put upon engineers of the Center of Computer Engineering. In order to solve the ambitious engineering challenge, in a close collaboration with them worked scientists from the university’s Departments of Engineering Mechanics and of Combustion Engines and Automotive Electronic Systems. Another partners and co-developers of the project were lecturers of the Naberzhnye Chelny branch of Kazan Federal University. The SUSU REC for Experimental Mechanics helped a great deal in conducting research by providing a unique measurement complex of LMS firm.

“In the course of works over the project, we developed programs and methodologies for experimental research, conducted testing of several KAMAZ vehicles. We equipped them with special measurement and recording equipment,” says associate professor of the Electric Power Stations, Networks and Power Supply Systems Department, an engineer of the SUSU’s Center of Computer Engineering, Andrey Martyanov. Further testing – the running tests – lasted three months and were conducted at proving grounds in Naberezhnye Chelny and in Bronnitsy. Using the obtained results we created mathematic models of wear-off and aging of automobiles, and on their basis constructed algorithms for determining technical state and forecasting the remaining operational life of military equipment.”

As a result, the military received a powerful tool for monitoring the state of army equipment, as well as improving its technical readiness while significantly reducing the costs for maintenance and exploitation. In the nearest future, the SUSU Center of Computer Engineering will spread the developed methodology to other types of military automotive equipment, as well as to civil trucks and cars.