SUSU Institute of Linguistics: Two Higher Educations in One 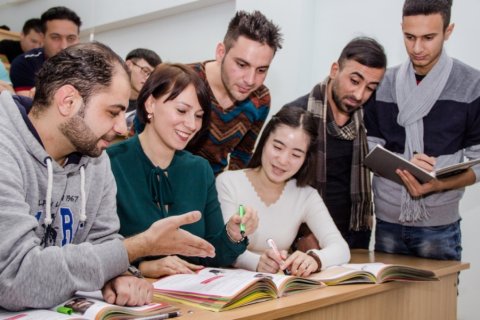 Study in Chelyabinsk and simultaneously undergo internship at Clark University in New England. Or go to China by exchange and gain experience from the best specialists of the Heavenly Empire. Or choose any other country from the list of SUSU partners and learn a language by talking to its native speakers. From the moment that all academic departments and faculties of SUSU became one Institute of Linguistics, new international boundaries and opportunities revealed themselves before South Ural students. Why we need a double-degree diploma, how Epiphany bathing rites help breaking language barrier, and who gets into the elite training zone, told us Head of the SUSU Department of International Relations and Regional Studies Liudmila Shestakova.

In 2016 SUSU joined the Federal Project 5-100. One of the strongest players of the South Ural educational arena decided to move to a new level. Participating in the 5-100 allows Russian universities to compete with international leaders: institutes of America and England. Five of the best Russian universities should enter the world’s best one hundred till 2020.

The goal of the Project 5-100 is to promote Russian universities at the global education market, make them competitive next to the top universities of America or England. According to the idea of the Ministry of Education, the program of governmental support will lead five leaders of domestic education in the hundred of the best, prestigious and influential universities based on international rankings ARWU, QS, THE. The deadline for entering the world arena is 2020.

“Our Institute is special. It has got a special mission. Without knowledge of languages, without programs and international contracts we can’t move anywhere. In order to go to the international space, the university takes part in many projects. And undergoes considerable changes,” told us Head of the Department of International Relations and Regional Studies, Liudmila Shestakova.

We had to concentrate our resources in one big division. The structure included Institute of International Education, Faculty of Linguistics and departments of the International Faculty.

14 doctors of sciences and professors, 57 candidates of sciences and associate professors are working in ILIC; 19 lecturers are undergoing postgraduate studies or are candidate or doctoral degree seekers. One of the new requirements to foreign language teachers is obtaining the international certification (TOEFL, IELTS, TKT).

Project 5-100 revealed new possibilities and extended geography of perspectives for future linguists. Partners of the Institute are the leading universities of China, USA and Europe.

So on the results of studying, graduates have two reasons to be proud: a SUSU diploma and another one, of international type. For example, trust level of the British Open University to the South Ural State University is so high, that professors there are ready to transfer credits on our program and confirm successful ending of study with their diploma.

Clark University is one of the oldest elite universities of New England with long-standing traditions and special history, which was founded back in the 19th century. It is included in the ranking of 50 world’s best universities due to its innovational approach to technology use; it is also known by its high level of student training.

“Right now the main goal is to teach students communicate professionally in a language. Though previously they were taught to communicate with dictionaries, now the goal is to speak fluently. Nowadays competitiveness of a graduate increases if he can fluently speak in foreign language,” continues Liudmila Ivanovna.

Prospective students can choose from several fields of study. Teaching foreign languages and cultures, translation and interpreting studies, theoretical and computational linguistics. And in the field “International Relations” they can choose several languages to study.

Russian language is not as scary

There is constant fight against language barrier here. Communication between students from different countries and participation in extra curriculum activities help quickly master the most difficult language. 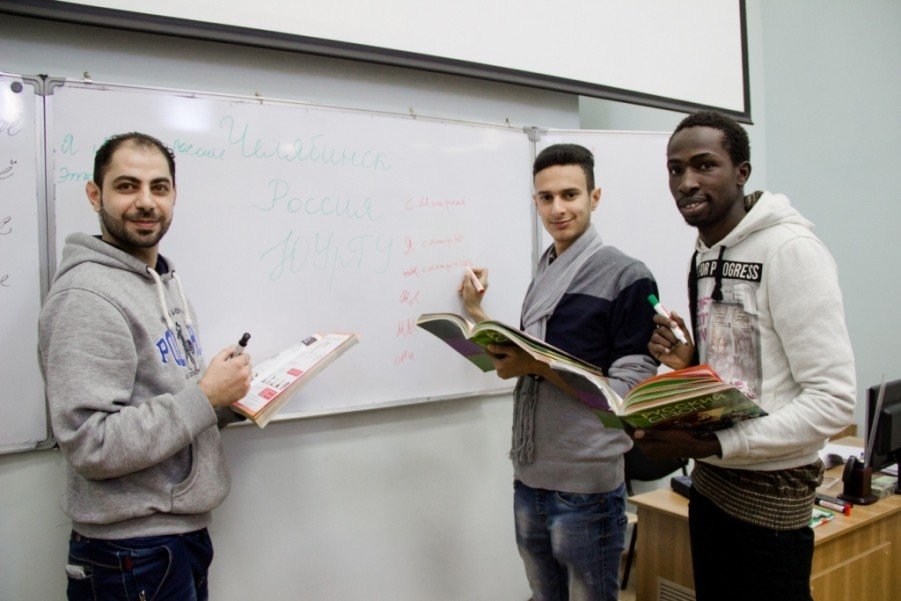 It is interesting how international students get help in understanding Russian culture and quicker mastering of the “great and mighty Russian language”. In order to help them adapt, a special Center has been created where volunteer students from all SUSU faculties together visit museums and go hiking, take part in contests and performances. Informal meetings are held in the Conversation Club. Though all the dialogues here are held in Russian so that international students could master spoken language more quickly.

Interesting private traditions of ILIC also help establish friendly relations. For example, at the beginning of an academic year students get acquainted by “traveling” to different countries in interactive form. New Year’s day is traditionally celebrated here several times a year. It is celebrated in Russian style, in Chinese style and in traditions of Sri Lanka. A real challenge for international students becomes annual visit of Smolino lake in January during the Epiphany.

By the results of studying, when language barriers are no longer mentioned, all graduates of ILIC get European supplement to their diploma, which makes our diploma understandable for employers in Europe and around the world.

Zone for attraction of minds

The most intelligent go to the local elite club. And this is exactly how it’s called: the “Elite training zone”. Students with the highest achievements get accepted there. Talented bachelor’s degree students and future specialists can study with the best teachers, on special methods with innovative approaches.

Candidates are thoroughly selected. At the moment, 20 first year students of ILIC are members of the “elite club”.

By the way, students of SUSU even developed a portrait of successful student who has every chance to build a career. He is ambitious, with good basic training; he speaks several foreign languages, he is ready for changes, and he is constantly learning and developing himself.

These skills get developed during the educational process. And by the moment of graduation from the university, student possesses a set of necessary knowledge, ability for working in a team, carrying on negotiations and resolving conflicts, and having knowledge of etiquette.

ILIC graduates are in demand in Moscow, Saint Petersburg, Siberia and in the Far East. And even outside Russia’s boundaries: in Kazakhstan, Great Britain, USA, Canada, France, Italy, Brazil, Australia, China, and other countries.

“For instance, our graduate Elena Babkova is working in the UN, concludes Director of the Institute of Linguistics and International Communication Elena Yaroslavova. She finished master’s degree program of Michigan University in the USA, and was a student of N.Chomsky himself, the founder of generative linguistics; and now she is working in the sphere of international relations. Our Institute holds strong positions on both Russian and international arena. Qualitative training at SUSU helped our graduates to start their business or obtain leading positions in language centers.”

Based on the materials of diplom.74.ru