“5 Minutes – The Flight is Normal”: The SUSU Supercomputer Helped to Create the First Russian Aircraft MC-21 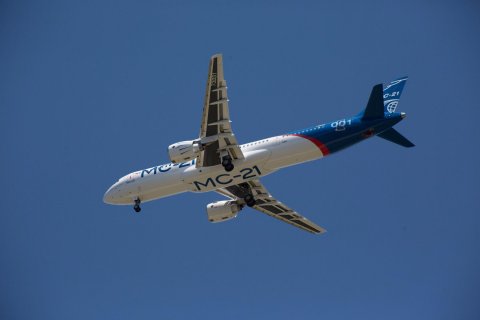 MC-21 (“mainline aircraft of XXI c.”), a next-generation passenger aircraft has performed its third shakedown flight, lasting one and a half hours. It is the first passenger-carrying aircraft which has been designed in accordance with Russian technologies. Recently MC-21 has performed its flight task completely.

The Supercomputer Simulation Laboratory of SUSU has made a contribution to the creation of a traditional for Russian Civil Aviation airplane.

“The Supercomputer “Tornado SUSU” made calculations for Irkut MC 21, which has recently performed the third successful flight. Aircraft engineering is only one of many spheres, where computations on the supercomputer are not only important, but also essential. First of all, for human safety,” tells Pavel Kostenetsky, the head of the Supercomputer Simulation Laboratory.

MC-21 for flight performance data and efficiency surpasses its counterparts. It’s called “the aircraft of XXI c.”. As planned, it should press Boeing and Airbus on the world market. For the first time the Russian airliner got off the ground on May 28, 2017.