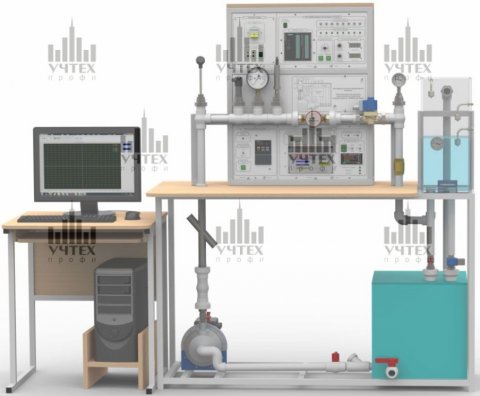 Students of the Department of Electric Drive and Industrial Automation of the SUSU Polytechnic Institute Ivan Holodilin, Anastasia Sokhina, and Sergey Bazarov, under guidance of Associate professor of the Department, Candidate of Technical Sciences Aleksandr Nesterov, became one of the winners of the contest “Intellectual Breakthrough 2016” within the 5-100 Project.

Their research project entitled “Educational laboratory stand with augmented reality” is designed to teach students of electrotechnical and technical specialties of the oil and gas industry, in particular to complete laboratory work in the courses “Technological process sensors,” “Automation of technological processes and systems.” This stand can also be used to teach students in technical colleges and academic centers for the advanced training of technical engineers.

“The process of developing a laboratory stand from scratch is a fairly long one, and the six months allotted for the realization of the grant are not enough,” says SUSU student, engineer of the Laboratory of Automation at OOO NPP Uchtech-Profi, Ivan Holodilin, “We decided to modernize a previously-completed laboratory stand, ‘Systems of automated control 4’ using augmented reality technology.”

Augmented reality technology (AR) allows systems to complete education in an interesting and understandable format. The unique thing is that a visual sense of real objects is created. According to young researchers, the only additional equipment needed to modernize the stand was a mobile telephone, and in developing the application they used Unity 3D and Vuforia software.

“As an example, we can look at the section ‘Laboratory stand original status,” explains Ivan Holodilin, “In pointing the camera of the mobile device towards the stand, it completes a virtual 3D model, which helps students restore the stand to its original state. This is necessary at the beginning of every laboratory session.” 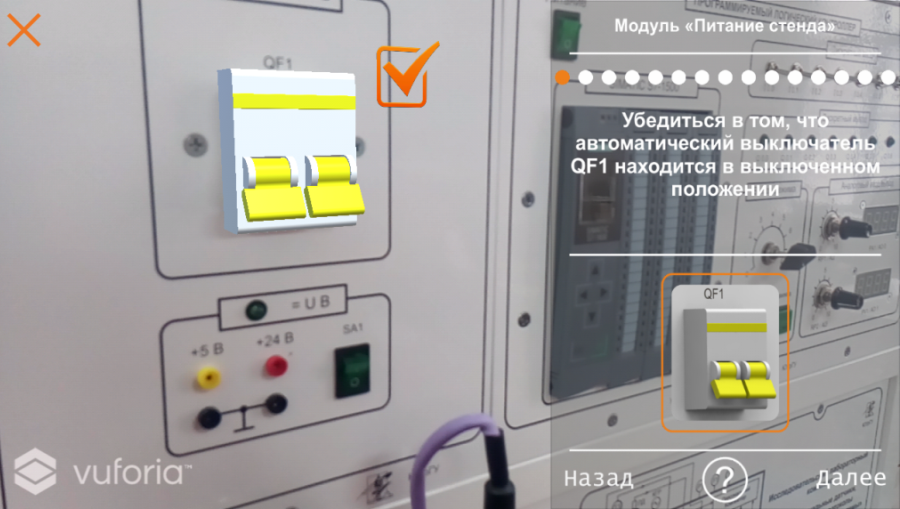 “A 3D model of the stand’s equipment appears on the screen, and you can view this from all sides and study their descriptions,” continues Ivan. “It’s quite difficult to understand a scheme that will immediately contain a huge number of elements. It’s much easier to study these elements step-by-step, which can be done thanks to the introduction of augmented reality technologies.” 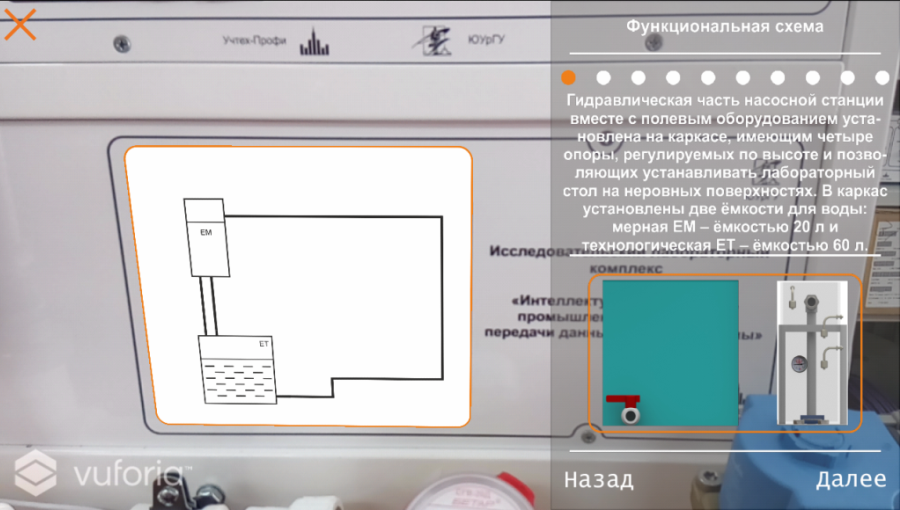 “On this laboratory stand we can study technical characteristics, unique properties of work and settings for various means of automation, sensors for technological variables, and power frequency converters for working with physical models (dummies) of a hydraulic system,” says the Laboratory of Automation engineer.

Now work upon the research project “Educational laboratory stand with augmented reality” is nearing completion, and the results will be used to write master’s dissertations.