“There are Much More Talented People Here than in the West.” Interview with Andrey Tchernykh 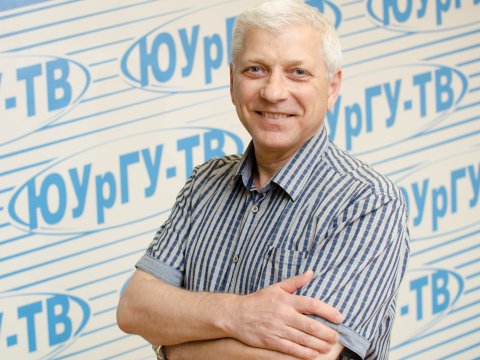 SUSU was visited by Andrey Tchernykh, professor of the research center of the city of Ensenada (Mexico) and head of the Laboratory of Problem-Oriented Cloud Spaces of the SUSU SEECS within the international school for program engineering of Erasmus+. He held a lecture on the principles of green computing organizations in which he discussed how the planned execution of tasks with cloud computing systems may affect electrical energy use and how these processes can be managed. Within his visit, we talked about what green computing is, the future of cloud spaces, and their development in our university.

– You held a lecture in green computing. What is the gist of this tendency?

– That’s right, this beautiful phrase “green computing” has appeared, but this doesn’t mean you have to paint computers green. The number of computers around the world is growing. Their power is growing – supercomputers are appearing. The biggest supercomputer in the world includes 10 million cores, which means the computer takes up roughly the same space as a stadium. Outlets aren’t enough to power this with electrical energy, you have to build a special electrical station. It can use as much energy as a whole city. A huge number of such computers are being built – this is the strict necessity for developing science.

Computers by nature have become a new methodology of science. The idea of modeling has appeared which broadens the methods of scientific discovery: observation, hypothesis, and experimentation. Now, real experiments, in many cases, are replaced by modeling. From this possibility, science began to receive solutions to problems significantly faster. The development of civilization accelerated. That which earlier took 100 years now takes just 5.

The large number of computers, on the one hand, is a blessing, but on the other hand they can destroy the ecosystem. They use a large amount of energy for which oil, gas, natural resources are being used which cannot be renewed. Green computing is the tendency to reduce the negative effect of computer technologies on the surrounding area. That is, not using dangerous chemicals or aggressive elements in manufacturing and trying to reduce energy use. We are working on the algorithmic part. The thing is that within one piece of equipment we can reduce energy use by using special algorithms which optimize energy needs. The lecture that I offered spoke about what tendencies and algorithms exist to reduce energy needs. Green computing is not related to an energy source but an area of computing. There are two main directions: build a computer that uses little energy, or work on optimizing software.

- How does the minimization process occur?

– There are simple algorithmic effects. For example, within a computer there is a server in which there are two processors, each of them having four cores. Two tasks must be executed. I can assign these tasks to two different processors – or assign them to one. If I assign them to two, then they both turn on, and just turning them on is 60% of the processor’s energy use. Then, when the tasks begin to be executed, another 10% is used. Together, that is 140%. If we assign the tasks to one processor then it turns on one time – that’s 60%, plus 20%, which together give us 80%. This is a simple example. Really, there are many levels to optimization and different techniques.

– Not too long ago you became head of the laboratory of problem-oriented cloud spaces at SUSU. Tell us, what are cloud spaces?

– This is an interesting tendency around the world. At one time, when we had computers in our hands, we used them, installed systems, programs, bought them, and worked. Then, after some time, the moment came when we had to buy, for example, new office or graphics programs, you try and install them, and the computer isn’t powerful enough. What did you do? This happened every 3-4 years. With cloud spaces, everything is different. The idea is simple – the provider builds a huge system and says, “Do you need a computer?” You go to a site that has the entrance to the cloud and you choose the computer you need with the necessary characteristics. You click, and a window of this computer appears on your screen. You only pay for the time that you used this virtual computer. This tendency is very strong, many companies and universities are declining purchase of their own computers, moving to the cloud service. Although, all around the world people are wary of this technology, because people don’t know where and what is happening.

– How does this relate to informational security?

– Lowered informational security, at first, was considered the main disadvantage of this technology. By law, the majority of countries around the world don’t allow government documents to be saved in the “cloud”. However, quite quickly after the appearance of cloud services, there was a division into private and public clouds. Although there is still a problem with reliability, security remains. And our group is working on research on how it might be possible to raise security in cloud computing.

– What do you think, how will cloud spaces develop at SUSU?

– The tendency around the world is movement towards cloud computing. Supercomputers are a pen, an instrument in man’s hand. The use of supercomputers is necessary, but it won’t solve problems without humans.

Cloud computing offers a variety of services from computers and applied packets to mail and text editors. Providers declare that the resources are endless. And this attracts people to using them.

– What are your opinions on SUSU?

– It is a totally different kind of university than the one I had when I studied and came 10-15 years ago. Now I see how students work, how they are burning. Young professors came, who can do something totally new. I am very happy that I was invited to head the laboratory, because the people that surround me now have a big world view, they are very active, they think about and are inspired by their research. Those people with whom I interact have goals, which sooner or later will bring good results. There are much more talented people here than in the west. That which is now happening in the country with the 5-100 project will be a turning point which will force people to change their opinion towards education, work, and their relationship towards the results of their own activities.