Students Presented a Race Car at the Automobile Exhibition 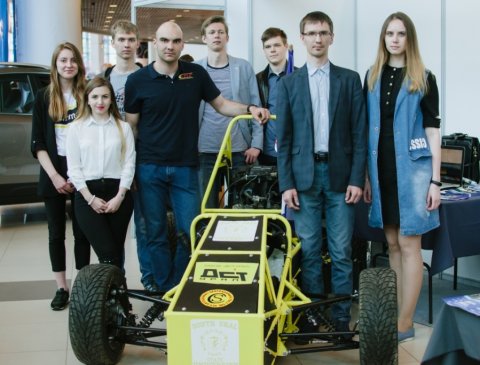 Ice Arena “Traktor” for the 21st time held the traditional automobile exhibition “Ural Motor Show. Commercial Vehicles”. More than 70 companies from 13 regions, including representatives of the SUSU’s Autotractor Department participated in the event.

The Vice-dean of the faculty, Alexander Popov, delivered a welcoming speech at the opening ceremony of the exhibition, and also took part in the “Transport Congress” as a moderator. Undergrad students along with their professors presented a race car – the project of a high-speed car of the “FormulaStudent” class. This model has already proved itself at all-Russian student competitions.

More than 7000 people visited the exhibition, among them specialists, mid-level executives and heads of organizations, business owners and citizens of the Chelyabinsk region. It should be noted that the SUSU’s racing car excited interest of dealers and professionals of automobile sphere.