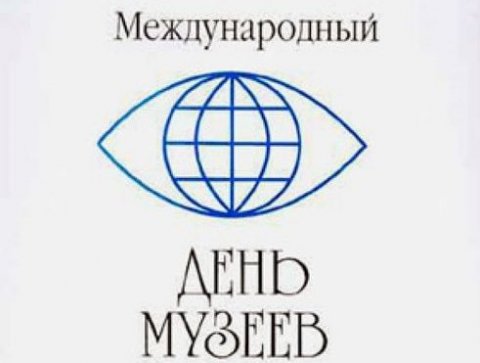 On the18th of May the whole world celebrates the International Museum Day. This holiday officially exists since 1978, when during one of the International Council of Museums’ meeting it was decided to establish a new memorable date in the international calendar. Nowadays this holiday is celebrated in more than 150 countries, expressing appreciation and respect to museum workers and visitors.

This holiday is annually celebrated by those whose lives are dedicated to preserving cultural and historical heritage; by those who sometimes manage to collect and preserve bits and pieces of the memory of the long-gone years.

Usually, ordinary people are not aware of this complex process of preserving the fragile history, valuable objects of culture and art. But thanks to museums, everyone who wants can connect with the past, immerse themselves in culture and the vast world of art.

South Ural State University open its doors to everyone who wants to get acquainted with the traditions of the university, with the history of our region, which is carefully preserved in the walls of SUSU. Every student, teacher or employee of the university has a unique opportunity to visit the university’s exhibitory halls, every one of which successfully develops in its subject matter.

SUSU experienced a rich history of formation - a kind of success story of the largest university in the South Urals and one of the largest universities in Russia. It is possible to discover this fascinating story in the Museum of SUSU History. The Museum was established in 1980 upon an initiative of the Chairman of the Council of veterans of the CPI Irina Korobova with the support of the Rector Vitaliy Melnikov. While walking from stand to stand you can learn about the whole life of the university: about its rapid development and sometimes peculiar facts about the university’s life in different years of its existence. The first part of exposition is devoted to the establishment of the university. Visitors of the Museum will find out how in 1951 the CMEI (Chelyabinsk Mechanical Engineering Institute) was transformed into Chelyabinsk Polytechnic Institute; how the first student identification cards and grade books looked like, etc. Reliability of all the facts presented in the Museum is guaranteed by the organizers, as it was verified by the Doctor of historical sciences, Professor Igor Sibiryakov.

It’s been almost 14 years already that the exhibitions of classical art from museums of the country and the region, contemporary art and, of course, unique personal exhibitions have been held here. They unite students and teachers, humanitarian and technical specialists, experts and guests of the university in the dialogues about art.

In the Museum’s collection there are unique exhibit items: personal collections of our region’s masters, of the artists of different generations – representatives of the 20th century’s art. All of this is reflected in the works presented in the Museum’s display area. Among them there are absolutely peculiar works that had been given by one artist to the other; therefore these works contain especially profound meaning. All these valuable items were given as presents to the university’s Art Museum by masters themselves, by their families, by art experts, or given by the Chelyabinsk branch of the Union of Russian Artists.

Museum of People and Technology of the Urals

In the Museum of People and Technology of the Urals there are more than 10 000 priceless exhibit items, among which are the Huns’ relics and Sarmatian jewelry. The historical antiquities were discovered by the South Ural scientists at the territory of the Chelyabinsk region in the result of archeological studies.

The Museum is a part of the SUSU Scientific and Educational Center for Eurasian Studies, whose employees organize at least 3-4 archaeological expeditions every summer. All the findings go to the museum, and the most interesting of them are presented at the exposition.

Leading specialists in the field of archeology work at SUSU: Alexander Tairov, Andrei Yepimakhov, Sergei Botalov, Vadim Mosin, and other scientists who are the authors of dozens of publications in high-ranking international journals, and who deliver reports at international conferences. Thanks to them the Museum’s exposition is constantly updated and the knowledge of the ancient history of the region is completing with the latest information.

This is the only Museum of money in Chelyabinsk! There are more than 300 exhibit items in the Museum’s fund. The first exposition is devoted to the history of Russian money.

Banknotes and coins from the reign of Nicholas II, rare bills printed during the Civil War, the first Soviet money and even banknotes depicting the Mavrodi, popularly called “mavry” will be displayed for the visitors. The most ancient item of the collection is a copper coin of five kopecks dated 1875.

This is a unique display area, where all forms of non-traditional art are exhibited; where scientific research, publishing activity, seminars, cooperation and preparation of joint projects with the Centers of Modern Art and galleries of Moscow, St. Petersburg, Yekaterinburg, Perm, Nizhny Tagil, Germany, and USA are held.

Creators of the gallery see its goal in promoting the actualization of artistic processes in Chelyabinsk, overcoming cultural isolation, and “inclusion” of Chelyabinsk art in the context of contemporary art of Russia and the West.

It is situated on the 10th floor of SUSU. In the hall dedicated to television, you can see photos of famous journalists, as well as cameras, microphones and other technical devices which make television broadcasting possible. In the same hall the expositions of the leading TV channels of the region are presented: STRBK “South Ural”, TV companies “Vostochniy Express”, OTV and student television channel "SUSU-TV". In the hall dedicated to the history of radio broadcasting in the Chelyabinsk region, thanks to the stock shots, visitors can get acquainted with the people who stood at the origins of radio broadcasting in the Southern Urals. In this hall you can see old voice recorders, tape recorders, microphones. All the interested people can touch the history of media development in the Southern Urals.

The “Russian Museum: Virtual Branch" was established in cooperation with the State Russian Museum on November 16, 2005.

Educational fund of the virtual museum is a storage of more than 500 items: books, albums, video films, disks, slides and computer programs.

The opening of the Geological Museum at the Architecture and Construction Faculty of SUSU was held on April 12, 2010. Rocks and minerals that reflect the natural wealth of the Ural region are displayed at the exposition. Ores (iron, copper, nickel and others) and raw material for the production of building materials are widely presented at the Museum. Besides, visitors can see ornamental, semi-precious and precious stones. In total, the Museum has about a thousand exhibit items.

We invite you to celebrate the International Museum Day using the opportunities given by the largest university of the South Ural!