Beginning in 2008, a number of European countries have been holding “mirrors” of this competition. Students solve the same problems by the same rules, but the work is not checked by an American jury but rather an independent European jury.

The international jury checked the work carefully and for a long time, and determined the criteria for awarding diplomas to the winners and runners-up..

This year, all of the students representing SUSU at the competition earned awards:

The coordinator for holding the competition in Chelyabinsk was associate professor of applied mathematics and programming Aleksander Evnin. 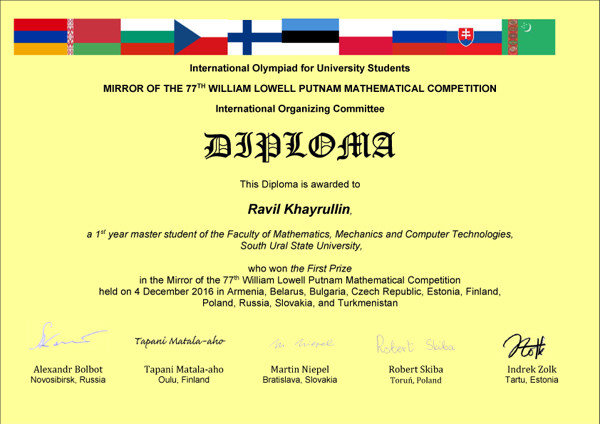 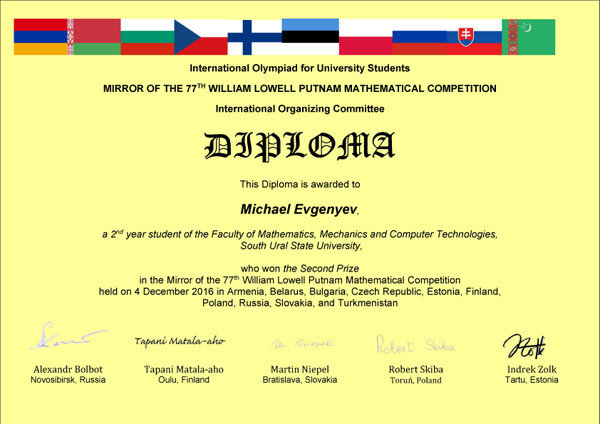 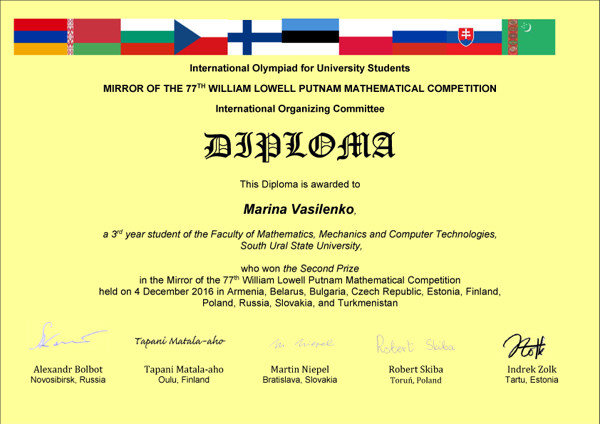