SUSU Engineering Center: Car Technology of the Future Is Being Born in the Urals 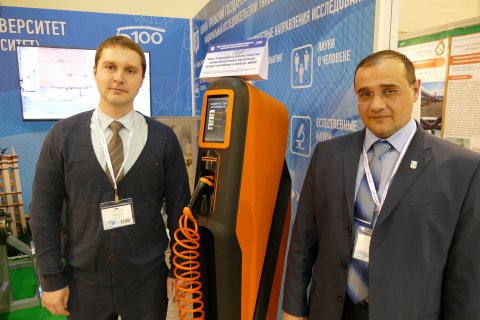 The main aim of creating Engineering Centers in Russia is the development of innovative research projects in the field of car and transportation engineering. The strategic development program of the SUSU Center was developed with the active support of the largest Russian automobile corporation KAMAZ.

Today the Center provides engineering services to economic organizations and develops innovative research projects which contribute to the import substitution of car and transportation engineering in Russia. To function effectively, the Center uses the SUSU research potential.

Since its establishment, a number of contracts has been signed between the Engineering Center and the largest industrial enterprises of the region. Some of those are the Mayak Production Association, CJSC Transmashholding, Ural Mechanical Plant, and Industrial Development Fund of the Chelyabinsk Region.

The SUSU Engineering Center has taken part in federal industrial exhibitions of Russia, among which were the International congress-exhibition “Intelligent manufacture and industrial internet of things” (Moscow), the regional conference “Industry support tools – 2017”, and “VUZPROMEXPO-2016” (Moscow).

At “VUZPROMEXPO-2016” exhibition, one of the key Center projects - the energy-efficient transmission for KAMAZ caused the biggest interest. The transmission was developed as part of the joint project by KAMAZ and SUSU with the participation of the Ministry of Education and Science. The transmission uniqueness is the result of applying the automatic differential locking system, the original lubrication system, and optimization of its elements.

As part of the state defense order for KAMAZ, the SUSU Center conducts research into developing military vehicle technology. This is especially important, taking the current state import substitution policy into account and for improving the national defense.

Experts note that the SUSU Center is gathering pace in terms of partnership ties with Russian and international companies. Among the new Center partners is Klingelnberg, a world leader in the development and manufacture of machines for bevel gear and cylindrical gear production.

The chief executive of the Russian technological agency Vladimir Pastukhov noted: “The development of the SUSU Computer Engineering Center has caused great interest among the colleagues. There aren’t many companies in Russia that specialize in technological engineering. The SUSU Center has set a high bar and is now showing great first results such as the new prospective agreements with transportation engineering companies. As a result, the SUSU Center is setting an example for the engineering centers of other Russian universities.”