Take Part in the Vote: Choose the Best Project Buildings for the SCO and BRICS Summits 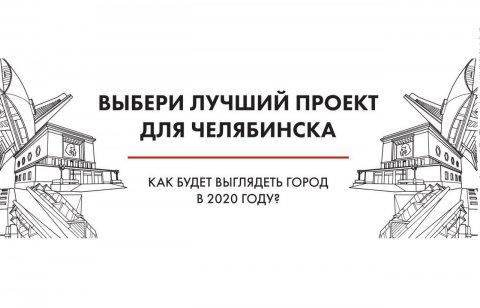 Chelyabinsk residents to choose the best project buildings for SCO and BRICS summits.

Voting for the best buildings for the SCO and BRICS summits will continue until February 20th. Residents of the Chelyabinsk oblast are able to choose the most interesting visual design for the Miass river, the Congress Center, and the Airport. You can become acquainted with the projects and vote on the contest site.

The ARCHCHEL-2020 architectural contest, having become a unique space for envisioning urban spaces, continues its public voting. City residents can become acquainted with the contest participants’ unique ideas and contribute to the formation of Chelyabinsk’s image for one more month. Visitors to the site can learn about more than 20 projects. These are projects which are included in the winners’ short list or received the largest number of votes. Voting is held in three categories which the contest jury named as landmarks – airport, congress center, and the shore of the Miass river. City residents have three “likes” for each project – quite unusual for voting. But, according to experts, the ARCHCHEL-2020 contest in and of itself is an unprecedented and significant one for the region.

«I’ve seen many architectural contests, but I don’t remember any where three buildings are chosen simultaneously. This is a very serious precedent which should be a strong push for the development of the city’s architecture,” stated jury head and president of the Russian social organization “The Union of Architects Russia”, Nikolai Shumakov.

The public voting in the ARCHCHEL-2020 architectural contest, according to organizers, should help form an objective image of the contest results. Upon completion of the voting, the best projects will be presented to governor Boris Dubrovskiy. The projects chosen by jury members, as well as those which win in the public vote, will have a chance at completion as part of the city’s preparation for the SCO and BRICS summits.