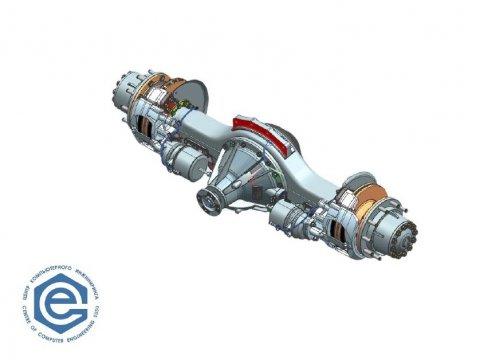 In the beginning of 2016, the events of one of the biggest and most important exhibitions of Russia VUZPROMEXPO-2016, were held in Moscow.

One of the key topics was discussing the work of Russian engineering centers. The main goal of creating these centers is the advancement of innovative scientific developments in automobile and tractor building in the Russian Federation.

A federal program for the support of engineering in Russia was started in 2013 by the initiative of the Ministry of Education and Science. The main goal of the program was financing the most deserving candidates from universities at which pilot engineering centers were founded and which are charged with putting forth a meaningful contribution for the development of the Russian economy.

The intermediate results of the engineering centers were actively discussed as part of the round table, “Engineering Centers at Universities: Possibilities for the Real Sector of the Economy.” At this time, 41 engineering centers are working in universities in Russia. The SUSU Center of Computer Engineering (CEC) became one of them on July 15th, 2016, winning an open, public competition by the Ministry of Education and Science.

At VUZPROMEXPO-2016, the head of the SUSU CCE and vice rector of strategic development, Andrey Keller, presented the center’s first results. At the round table, experts from the Russian Technological Agency* rated the level of the CCE’s strategic partners who include such manufacturing giants as KAMAZ, Uralvagonzavod, Transmashholding, and UMZ. The SUSU Center of Computer Engineering specializes in scientific developments for companies in the transport building sector. As part of a state defense order for KAMAZ, research is being done on the development of military automotive technology at the SUSU CEC. This is especially meaningful in light of government politics for the phasing out of imports and the improvement of our country’s defense capabilities.

One of the key developments of the SUSU Engineering Center enjoyed particular popularity at the VUZPROMEXPO, an energy-efficient transmission for KAMAZ. The transmission is unique because of the use of new engineering solutions, in particular, systems for automatically blocking differentials, the use of an original lubrication system, and the optimization of its standard components.

Experts also noted the fast growth of prospective partner relations of the Center of Computer Engineering with Russian and international companies. Among the Center’s new partners is the company Klingelnberg, a world leader in the development and creation of machine tools for the development of conical and cylindrical tooth wheels. Participation in exhibitions on VUZPROMEXPO’s level is especially meaningful for the development of the SUSU Engineering Center as it gives the center the chance to show itself across the country and find new partners for the organization of joint research.

General director of the Russian Technological Agency, Vladimir Pastukhov, noted that the concept for developing the SUSU Center of Computer Engineering reflected in A.V. Keller’s presentation was of great interest to colleagues. In Russia there are few companies specializing in technological engineering. SUSU’s Center of Computer Engineering set a high bar for development and is meeting it with its first work results. In particular, with the signing of new prospective contracts with machine building businesses, among them Ural Locomotives (Uralskiye Lokomotivy), Russian Helicopters (Vertolyeti Rossii) and more. Colleagues different universities’ engineering centers around the country take guidance from work by the SUSU CCE.

* The federal budgetary institution, Russian Technological Agency, is an institution which works on the development of state political instruments for developing new industries and the coordination of prospective technological projects with importance for the industry.