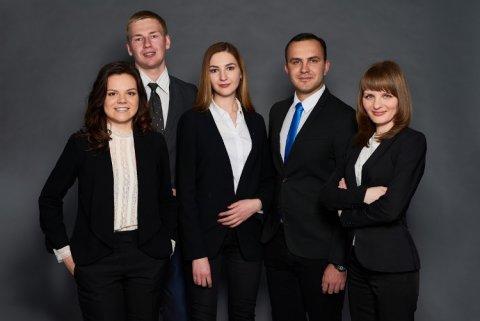 Center for Information, PR, and Monitoring (PressOffice) of SUSU has become one of the 3 winners to hit the shortlist of the international contest for PR specialists ‘PressOffice of the Year2015’ in the nomination ‘PressOffice of the Year’. The staff of the Press Office of South Ural State University received an official invitation to the awards ceremony to be held on April 14, 2016 in Moscow at the ‘Sheremetyevsky’ Hotel of the Russian President Administration. It will reveal how the prizes have been distributed in this particular nomination and another 11 nominations.
Chairman of the jury of the competition is Timur Aslanov, chief editor of ‘Press Service’ journal, CEO of the Publishing House ‘ImageMedia’. This year the jury included such professionals in the field of public relations as Aleksandr Chumikov, CEO of the agency ‘International Press Club. Chumikov PR and consulting’, Igor Vagan, media consultant, an expert in the field of creation and development of communication departments in business structures, public organizations and government agencies, Andrei Lapshov, president of the Communication Group ‘Insiders’, head of the Expert Council ‘IABC/Russia’, etc.
The staff of the Press Office of SUSU includes five people: director, Dmitry Rudenok, and four editors: Maria Ilyina, Kseniia Mashkova, Yulia Shamsutdinova, and Oleg Igoshin. Center for Information and PR is constantly working on the information content of the main university site and placement of actual news feed. Thanks to the work of the staff of the Press Office the media annually publishes more than four thousand of materials about the university academic life, and
the number of publications devoted to South Ural State University is growing every day. Center for Information and Public Relations contributes to the formation of the image of South Ural State University as a powerful, modern, dynamically developing scientific, and educational center of Russia.
The contest ‘PressOffice of the Year’ is an open international contest of press offices, PRdepartments, and PRagencies. The organizer of the competition is the ‘Press Service’ journal. The mission of the competition ‘PressOffice of the Year’ is to promote the growth of professionalism of PRspecialists, to provide a platform for exchange of professional experience, to give an expert assessment of the work of PRspecialists, and to develop a common information space in PRindustry.
News Contact Yulia Shamsutdinova: 267-99-83