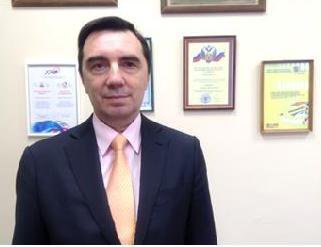 Board of the Ministry of Physical Culture, Sports and Tourism of Chelyabinsk region having considered the submitted materials of the scientific research work of the regional institutions of higher education summed up the results and assigned the winners of the regional competition "Best Scientists of 2012 in sphere of Physical Culture and Sports".

The winners of the regional competition "Best Scientists of 2012 in sphere of Physical Culture and Sports" are:

Yevgeny Vitalevich Bykov - Doctor of Science (Medicine), Professor, Head of Adaptive Physical Education and Biomedical Training Department, the author of over 200 scientific publications, he trained 20 candidates of science. In 2012 under his supervision Svetlana Mikhaylovna Kaykan, international master of sports in speed skating, repeat winner and medalist of Russian and international championships, World Cup stages, Olympian (currently she is the coach of Skating Academy in Inzell, Germany), and Olga Leonidovna Petrozhak (professor of SUSU Physical Education Department) defended their theses. According to the results of his research work this year Mr. Bykov published seven papers, including 5 which were published in the national press. Bykov E.V. is a member of dissertation councils of SUSU and CSPU, expert of dissertation councils in Kurgan, Yekaterinburg, Volgograd and Arkhangelsk. He repeatedly delivered reports at conferences of various levels based on the results of research work of his Department and Physical Culture and Sports Faculty.

In 2012 in Germany the monograph "Adaptation to the mental workloads of young chess players" was published. This monograph reflects the results of many years scientific work of the creative team headed by him. The group of scientists studied the effect of increased workloads on psychophysiological development of children and adolescents, participants of universal education and intellectual game program. That work was supported by grants from the Ministry of Education and Science of the RF.

Bykov E.V. is the organizer of the annual All-Russian research and practice conference on problems of physical culture, sport, tourism, Olympic education (in 2011 - the International Conference with the participation of scientists from 8 countries), and also the editor of scientific collections of materials following the results.

Bykov E.V. established the scientific contacts with many foreign scientists. In December 2012 with his direct participation the Memorandum of Cooperation with the Webster University (St. Louis, USA) was signed.