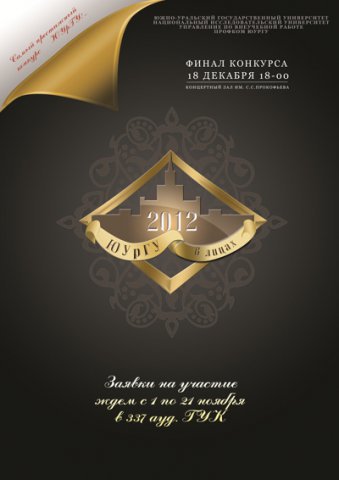 On December 18 in Concert Hall named after Prokofiev S.S. a significant event for South Ural State University will take place. On this day the most active students will get their award “SUSU Activists 2012”.

In November the students could submit their applications for participation in the traditional competition “SUSU Activists 2012”. This year there were 14 nominations and all of them reflect various directions of educational and extracurricular activities of students. Besides, the awards will be granted to the best professors-curators of the academic groups, to the best graduate students and Master’s Degree students. The expert jury chose three finalists in each nomination thus one of them will gain the diploma of the winner and the others will become prize holders.

We would like to mention that it is not just the ceremony of giving prizes and diplomas. The awarding of the finalists of “SUSU Activists 2012” is always a spectacular and magnificent show. The best teams of South Ural State University will perform on the stage of the Concert Hall. It is honorable and very responsible to be SUSU Activist.

The list of finalists can be seen at web site VKontakte: http://vk.com/susu_face.