12/06/2012
This autumn within the framework of unique Russian project "Theatre+Society" supported by Ministry of Culture of the Russian Federation, in Chelyabinsk in SUSU Studio-Theatre "Maneken" (Filonov V.F., artistic director) held the long-awaited first night - performance "Story of One Mouse" / "История одной Мыши" based on the fairy tale of famous writer Lyudmila Ulitskaya.
A simple plot of this performance about a lonely Mouse who finds domestic harmony with Beetle sounds in a new way and is uncovered in unexpected scenes.

Yuliya Malysheva, Director (Chelyabinsk), Kseniya Petrenko, Plastic Arts Director and one of the organizers of Moscow Liquid Theatre (award winner of "Golden Mask"), Ulyana Kolusenko, Performance Designer (Chelyabinsk - St. Petersburg) and actors of the performance (Kim V., Shirokova N., Ermolaveva D. and Semyonov D.) - all of them use their professional skills and inexhaustible imagination, create something new, unique and entertaining which is destined for the spectators of different ages.

We, together with the authors of performance, would like to believe that thanks to "Story of One Mouse" / "Истории одной Мыши" a new tradition of the performances for children and their parents will appear in our city. 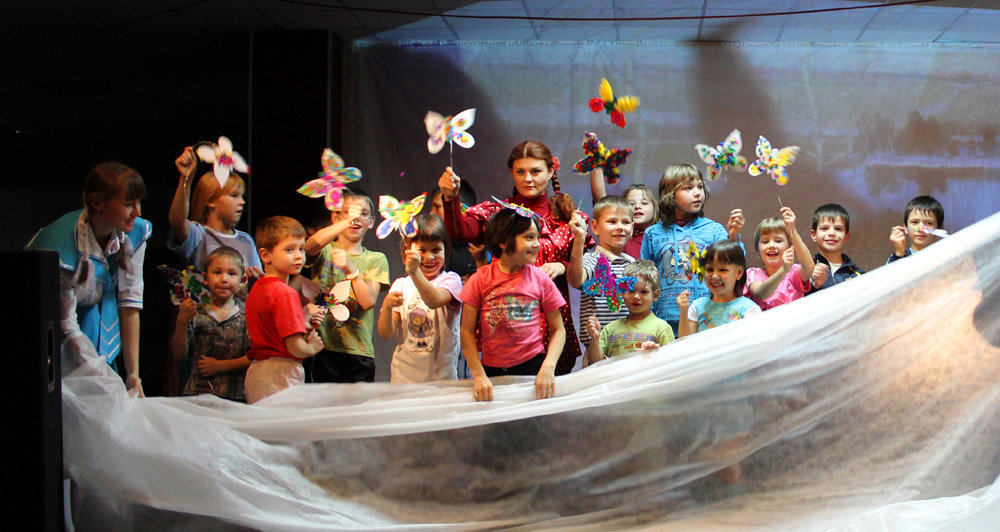