My congratulations to you, and the academic staff,
students and alumni, represented by you, on the 75th Anniversary of SUSU! 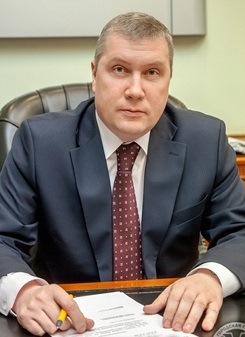 Throughout its whole history the university has been continuously improving and growing, always keeping up with the times. Over the three quarters of the century it has made a significant contribution into expanding of the intellectual potential of South Ural region, having become an integral part of the mechanism of solving the tasks of the social and economical life of the latter. Today the university is among the most in-demand educational institutions in our region, and it has its own scientific schools which have earned recognition. Having chosen classical education for its solid base, it implements innovative educational technologies, supports scientific and pedagogical traditions, and demonstrates high quality of staff training.

Fruitful activity of the teaching staff and student team, that has secured SUSU’s right for its own brand in the research and educational sphere of the region, deserves the widest recognition. May the high professionalism of the workers of science, their creative approach and devotion to what they do, and the extensive scientific base of the university keep serving as efficiently to multiplying of the achievements of the Russian school of higher education and to increasing of the value of every start in life that the university gives to its each graduate.

I wish prosperity to the university, and new successes to the academic staff and students!