Greetings by the President of SUSU, German Vyatkin 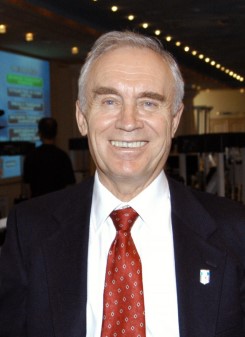 From the bottom of my heart I congratulate you all on the 75th anniversary of our university!

South Ural State University has been dynamically developing for three quarters of a century. Our university has an incredibly rich history! In each certain period – from CMEI to SUSU – the university significantly contributed to development of the country. Nowadays, it is one of the leading higher education institutions of the Russian Federation and is listed among the best universities of the world.

Chelyabinsk Mechanical and Engineering Institute, from which everything started, was established in 1943, the year that was difficult for the country. Our university got founded by truly great people – N. Dukhov, V. Malyshev, I. Zaltsman and many others. The powerful foundation that they had laid was strengthened by their followers.

Strong academic and teaching staff of the university has always successfully completed tasks set by the time. It is difficult to overestimate the significance of our scientists’ research activities in the sphere of armored vehicles and missilery, production of ammunition and metallurgical technology, civil and industrial construction. We can be proud of our colleagues’ research in physics, mathematics, history, archaeology, linguistics and other scientific spheres.

Our university, originally being an engineering one, was considered as a foundry of highly-trained engineering cadres, who were in-demand at the largest enterprises of both the region and Russia. As new areas of study appeared and started developing, it became multidisciplinary. As of today, the university performs training of competitive specialists in the spheres of natural sciences, engineering and humanities. Our alumni develop successful careers in world-level companies.

Scientists, teaching staff and students of SUSU always aspire for new achievements. University employees do everything possible for the university’s development. This thorough everyday work determines future of South Ural State University and our students, which means it determines the future of our country.

I wish you all further success, good health and prosperity!