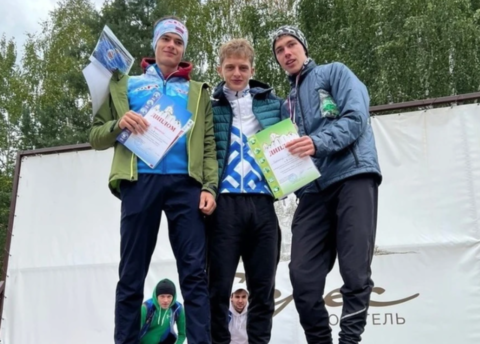 All-Russian Orienteering Competition for students has wrapped up in the city of Vladimir. Winners have been announced among our country's student squads after three days of the competition, which included a city sprint, a classical forest lap, and a three-stage relay race. According to the team scoring results, the SUSU orienteering squad has been awarded the gold medals.

In the relay race for men, Daniil Sorokin, Alekesy Korovin and Artemii Dorma took the gold medal, having gotten ahead of the team from Bauman Moscow State Technical University by 7.05 minutes. The bronze medal was awarded to athletes from Lomonosov Moscow State University.

Among women, the winners of the cross relay race were  Olga Evtiukhova, Ekaterina Bakhtereva and Kseniia Penzina. The second and third places at the winners' podium were taken by teams from our country's capital universities: Bauman Moscow State Technical University and Lomonosov Moscow State University respectively.

In the sprint competition, Artemii Dorma won the silver medal, and Alekesy Korovin took the second place and Daniil Sorokin the third place in the classical forest lap.

According to the team scoring results, the SUSU students also became the winners, having gotten ahead of their peers from Bauman Moscow State Technical University and Lomonosov Moscow State University.

"We have won gold in the 8th All-Russian Summer Universiade in Ulyanovsk this year. This new victory has become possible based on approximately the same principle: day one – preparing, day two – breakaway, and day three – final victory. Our students did very well indeed, though they faced certain difficulties. Today classical orienteering is transforming into park orienteering, and this means a different scale, different map symbols, and different requirements. Certain specifics. You think you can do this thing or that, but you really can't," shared Elena Savinykh, head of the team, Associate Professor of the Department of Self-perfection in Sports of the SUSU Institute of Sport, Tourism and Service. "At the same time it is very important that guys support each other, and each team member contributes to the final result and the team scoring. All this allows us achieve great results."

SUSU students will continue competing, and the next step is the participation in the Russian Orienteering Championship that will be held in the Murmansk Region September 8th through September 12th.