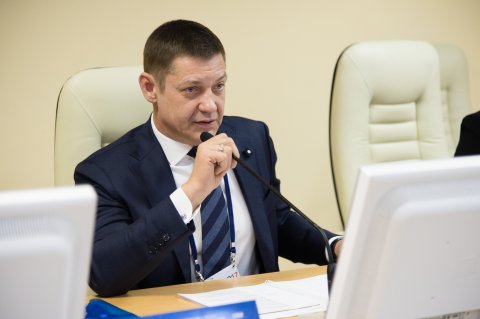 The Second International Conference was held within 2 days and gathered a big number of representatives of various spheres of sport and scientific activity, including the Minister of Physical Culture and Sport of the Chelyabinsk region, the Head of the Department of Physical Culture, Sports and Tourism of the City Administration of Chelyabinsk, and students and employees of Russia’s largest universities.

Rector of South Ural State University, Alexander Shestakov, told about significance of this event for both, the Institute of Sport, Tourism and Service and SUSU:

“For the university this Conference became traditional; it is held annually. The Institute of Sport, Tourism and Service sets massive goals and achieves them, therefore today’s event is a summary of the year’s results, in particular the assessment of the Institute’s results. The Conference is a kind of measuring tool of the level of the research activity which takes place at the Institute of Sport, Tourism and Service and determines problems that the Institute needs to solve. And these problems should be of Russian scale or of international scale at best.” During the first day of plenary session, a series of reports regarding topical issues of high performance sport, new possibilities of physical education and healthcare, and sustainable tourism were presented.

The Minister of Physical Culture and Sport of the Chelyabinsk region, Leonid Oder, is sure that South Ural State University performs successful work in the field of sport technologies.

“Any science-to-practice conference is important; and the goal of today’s event is to introduce the best scientific inventions of our field to coaches and experts working in the sphere of sport and physical education. SUSU is one of the region’s advanced universities which professionally works in the sphere of not only science but also sport.”

The main topics during the first day of the Conference were relevant issues of sport science, molecular biology, recreational medicine, and humanology. Besides, modern issues regarding human rehabilitation and the problems concerning anti-depressive and anxiolytic potential of physical activity along with specific functional features of gastrointestinal tract of athletes of various specializations were also discussed. 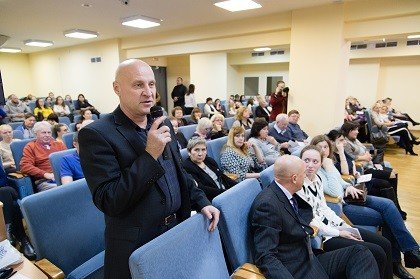 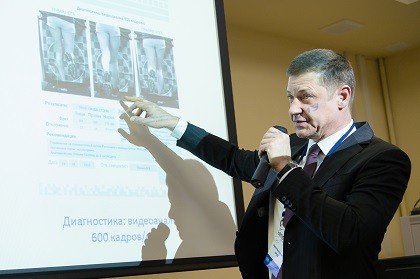 During the second day of the International Conference, reports on topical issues concerning the use of fitness technologies in physical education of students with restrictions, the issues of a new approach in a system of physical education in Romanian schools, and a discussion of prospects of developing tourism in the South Urals were held.

Director of the Palace of Pioneers and Schoolchildren named after Nadezhda Krupskaya, Candidate of Pedagogy, Honorary Worker of Higher Education of the Russian Federation, Yulia Smirnova, shared her impressions about the International Conference.

“At the Conference, a lot of attention was paid to the issues of sports and recreation therapy, which surely is very important. It was interesting for me to learn about foreign experience regarding both general education and tourism. The Conference left exceptionally positive emotions.”

During the sessions, participants held a discussion, discussed current issues and summarized results of the Conference. Director of the Institute of Sport, Tourism and Service, Vadim Erlikh, told us why the Second International Conference was important for the Institute.

“On the first day, there were more plenary reports, and there were really many interesting and informative ones, whereas on the second day we focused on plenary sessions. I should note that this Conference was necessary in order to share our experience and to learn a lot of new things for ourselves. We have always wanted to cooperate with the Ministries of sport and tourism and move forward together.”