The year 2016 became very important for South Ural State University. The leading University of the region entered Project 5-100 to maximize its competitiveness. Also, SUSU went through the reorganization.

Ten Institutes, new Research and Educational Centers and International Laboratories were established at SUSU. The emphasis was placed on young scientists as on one of the key driving forces of Project 5-100 and of the university development.

See the most notable SUSU events of 2016 below.

1. SUSU presented a localizer antenna prototype for civil aviation instrumental landing system. In contrast to its equivalents, the antenna operation is more resistant to precipitation.

2. Andrey Epimakhov, chief research fellow at the Center for Eurasian Studies, became a member of the editorial board of the international journal indexed by Scopus.

3. SUSU website design became responsive; reading news and receiving information is now much more convenient no matter what mobile device you have.

4. SUSU modernized the incentive system for the staff to achieve higher levels of research and academic success and maximize the university competitiveness in the academic world. 5. SUSU hosted the traditional forum “SUSU Science” timed to coincide with the Russian Science Day. The almanac of the scientific developments and seminars of leading scientists marked the forum. An expert of the international company Thomson Reuters, Sergey Paramonov told the SUSU scientific community about the development prospects of SUSU in Project 5-100. He also gave a presentation on effective working with the Web of Science platform.

6. A team of scientists made a sensational discovery of gravitational waves, the importance of which is no less important than the invention of the “God Particle”. SUSU graduate Ruslan Vaulin was one of the researches discovering the waves. 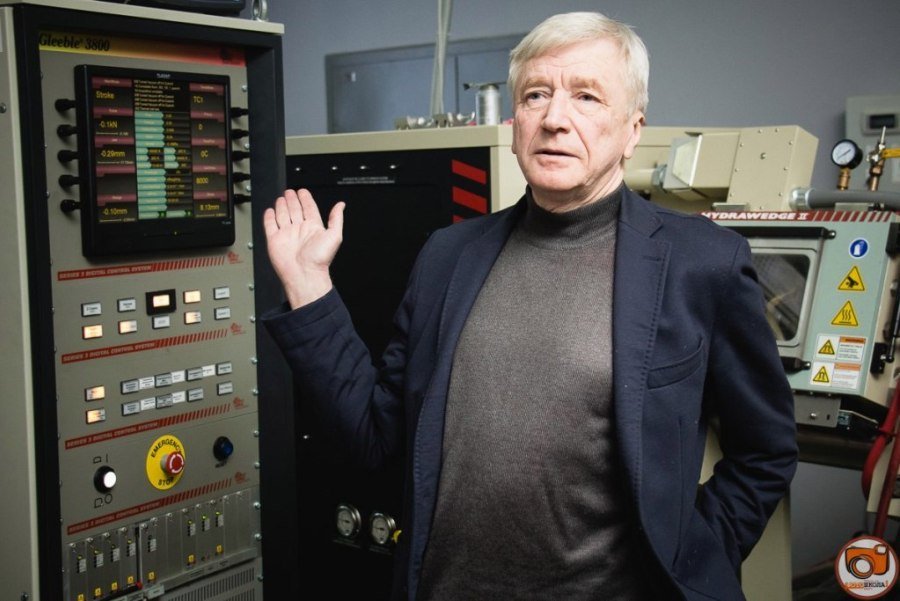 7. As part of the joint educational project of SUSU and the Swiss company, the International Science Laboratory “Endress + Hauser” was established on the basis of the Automation and Control Department (Faculty of Computer Technologies, Control and Radio engineering). “Endress+Hauser” is a leading manufacturer of industrial automation and instrumentation equipment. The Laboratory focuses on teaching SUSU students the disciplines related to industrial automation and process control.

9. The international student website Study in Russia officially included SUSU in its catalogues. The site is aimed at attracting foreign students into Russian universities. 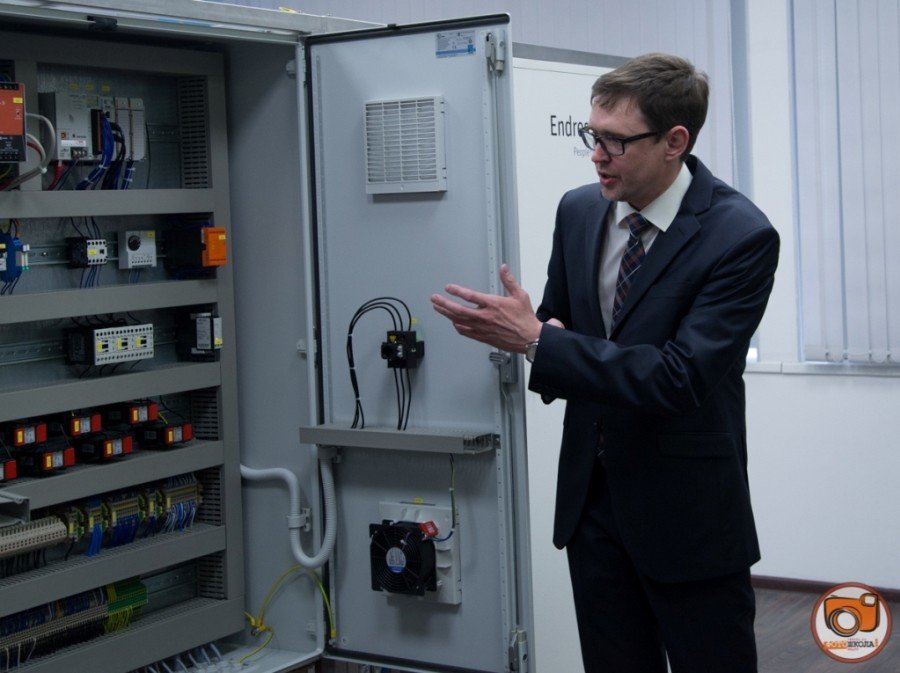 10. SUSU TV and Radio Company “SUSU-TV” was awarded the Student TEFI, the top TV honor.  The special prize of the Academy of Russian Television was granted to the Dean of SUSU Faculty of Journalism Lyudmila Shesterkina for the contribution to the development of professional education.

11. SUSU established the Research and Education Center of the V.A. Trapeznikov Institute of Control Sciences of the Russian Academy of Sciences. The Head of the Regional Ministry of Information Technology and Communications Alexander Kozlov and the Minister of Education and Science Alexander Kuznetsov attended the opening ceremony. 13. For the second time, SUSU hosted the International Science and Technology Conference “Prom-Engineering” aimed at discussing contemporary achievements in the field of industrial engineering. The purpose of the event was to support an interdisciplinary discussion and publication of research papers in the field of technology.

14. The winner of the Russian contest “The Best Young Teacher” became Tatyana Kachalova, senior teacher at the Department of Economics and Finance. 15. SUSU won the state grant competition for the pilot project of the engineering center and established the Computer Engineering Center.

16. In collaboration with the leading Journalism Centers in Germany, Austria, Spain, Ireland and Sweden, SUSU became an institutional member of the European Journalism Training Association. 18. The University took part in the international industrial exhibition “Innoprom – 2016”, presenting its achievements and developments. The guests and the experts could see the robot deminer Bogomol, the JV-2010 Complex, and the single-engine aeroplane simulator, which has no analogues in Russia. Siemens PLM and SUSU signed a cooperation agreement at the exhibition. 20. SUSU implemented a new KPI system. The key performance indicator system was introduced at the University by the decree of the Ministry of Education and Science of the Russian Federation as part of Project 5-100 Roadmap implementation. SUSU offers the staff financial incentives on the basis of their research and teaching success. 23. In the framework of Project 5-100, SUSU established the Office of Academic Writing aimed at the development of publication and communication skills of the academic staff.

25. SUSU developed an innovative approach to studying English for bachelors. The aim of the program is for students to achieve the high level of English confirmed by KET, PET, IELTS certificates.

26. The School of Medical Biology enrolled its first students. The School is a unique innovation unit that integrates the scientists’ best achievements in the field of basic medicine and biomedicine, food technology and biotechnology, and clinical psychology. 27. As part of Project 5-100, SUSU organized the first official meeting of the International Scientific Council. The Council members are eleven leading scientists with rich experience in fundamental and computer sciences, engineering and medicine. The International Scientific Council is a new University body focused on coordinating research and education work at the University in accordance with the best world practices.

28. Oleg Dubrovin, an assistant professor at the Department of State and Law Theory, Constitutional and Administrative Law (Institute of Law) headed the Public Chamber of the Chelyabinsk Region. 32. SUSU hosted the final of the traditional “UMNIK” competition, where more than 800 projects were presented. The total funding for innovative developments equaled 15,5 million rubles. 33. The first meeting of the Supervisory Board took place at SUSU due to the University reorganization (from the state budget to the state autonomous University). The President of the EAEU Business Council Viktor Khristenko was appointed as the Board Chairman. 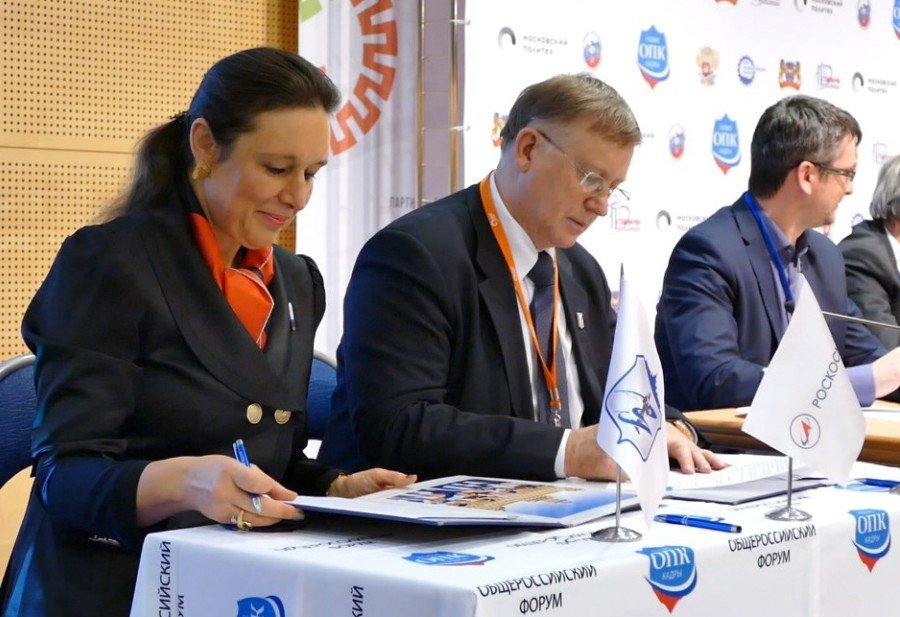